The grand unveiling of Eurofighter (now called Typhoon) the fighter jet built by a consortium of European nation aerospace companies. With VIPs and special military guests to celebrate this success of the aviation defence project, the flags of contributing countries hang above at a hangar at the BAE Systems factory at Warton, Lancashire, England. The Eurofighter Typhoon is a twin-engine, canard-delta wing, multirole combat aircraft, designed and built by a consortium of three companies. Its maiden flight took place on 27 March 1994 watched by VIPs from UK industry and military. 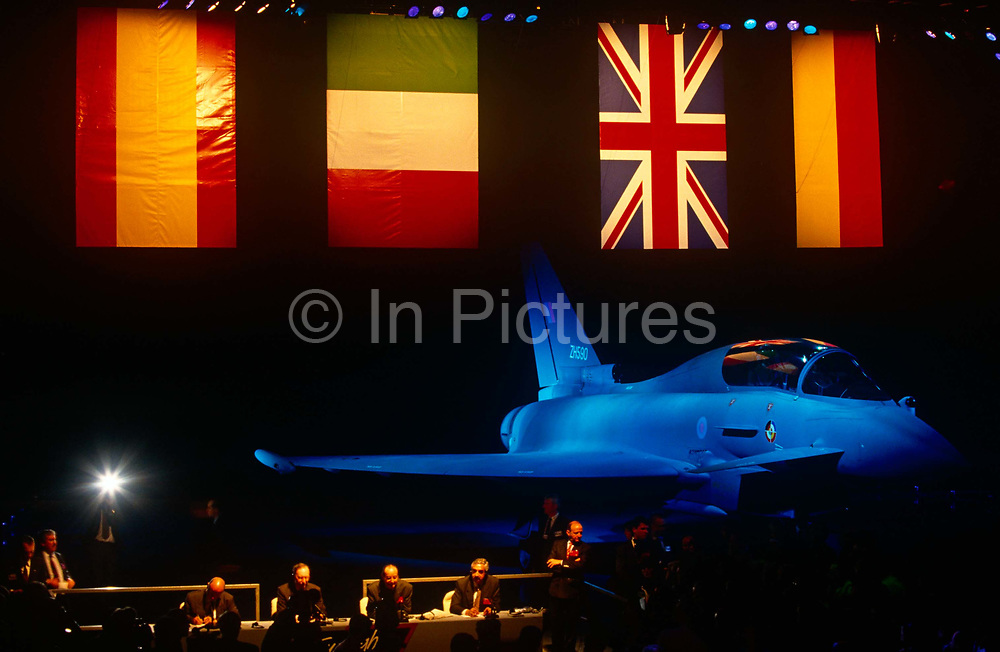