Gilberto Torres hold up pictures of missing friends and colleagues, here it is Aury Sara Marrugo who was murdered in 2001. The political activist theatre group BP-or-not-BP target the British Museum for taking sponsorship from the oil company BP. The group wants the museum to drop their sponsorship deal with BP. With them on stage is Gilberto Torres, from Colombia , who is taking BP to court over his kidnap and torture in Colombia in 2002 when he was a union representative. 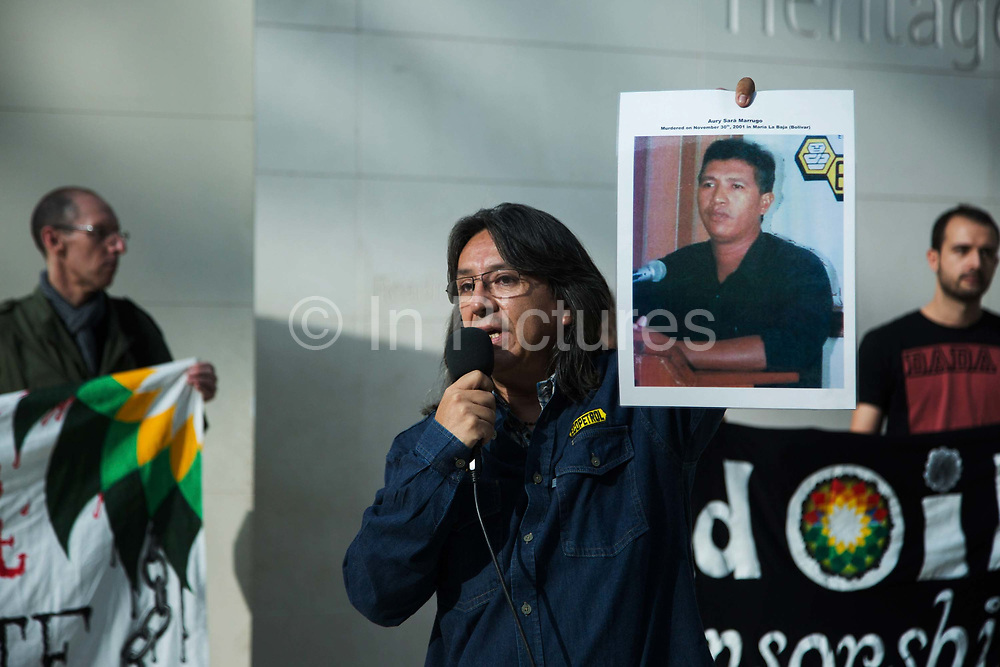