As lunchtime City workers pass-by on the street corner we see the spire of Royal Exchange - the tall structure in the gap between modern offices on Threadneedle Street in the heart of the capital's financial district known as The Square Mile. The Royal Exchange in London was founded in the 16th century by the merchant Thomas Gresham to act as a centre of commerce for the City of London. Its design was inspired by a bourse Gresham had seen in Antwerp, and was Britain's first specialist commercial building. It has twice been destroyed by fire and subsequently rebuilt. The present building was designed by William Tite in the 1840s. The site was notably occupied by the Lloyd's insurance market for nearly 150 years. Today the Royal Exchange contains offices, luxury shops and restaurants. 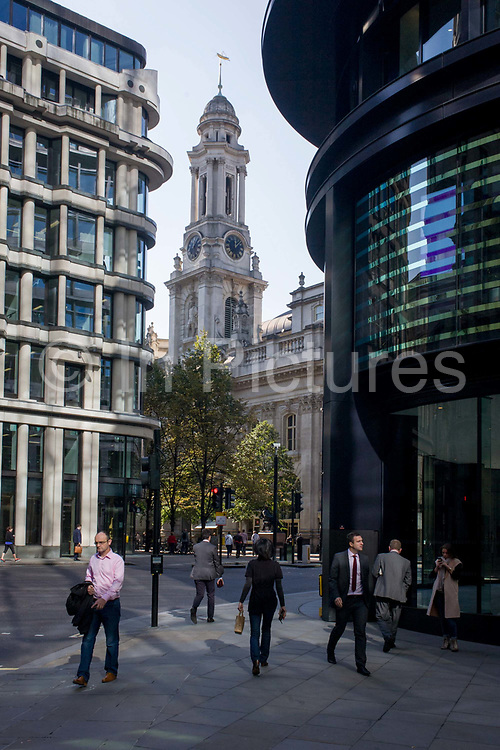