UK - London - Lumier Festival of Light in the West End

Strung between buildings at Oxford Circus, this enormous net sculpture is named after one of the astonishing impacts of the Japanese earthquake and tsunami in 2011. Such was the strength of the vibrations, the earthquake momentarily sped up the earth’s rotation and shortened that day by 1.8 microseconds. Using data from NASA, Studio Echelman turned this phenomenon into a 3D image, the basis of which was used to create the shape of this piece. Glowing with changing colours controlled by the viewers smart phones, on a freezing January night, this piece by Art AV was part of the a free London Lumiere light festival. Held over 4 days in January 2016 the event brought huge crowds into Londons centre. The whole festival was produced by Artichoke and supported by the Mayor of London, in 30 locations across some of the capital's most iconic areas. 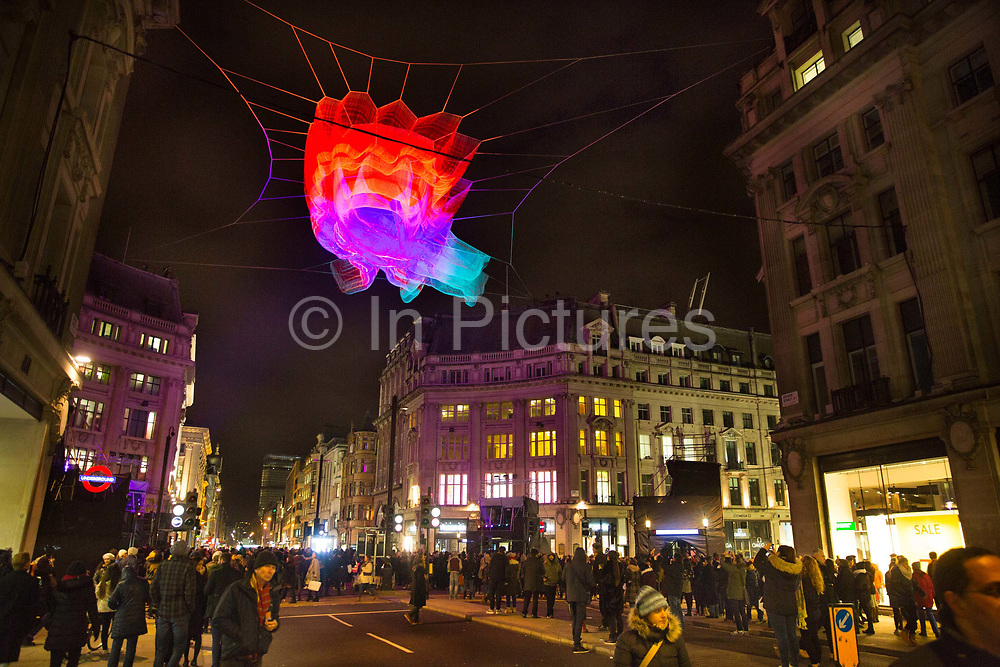