Using a tabloid newspaper, a father seeks shelter from sunshine while sitting in a council deck chair. On the front page of the paper is a headline saying "Butchered' showing a picture of an unfortunate young 3 year-old boy murdered by a maniac axeman. Close-by is the man's own son who is digging a hole furiously in the sand. He looks uncannily like a slightly older version of the murdered boy. This coincidence is heightened because of the body-language of the digging lad, seemingly about to chop an unseen object with his red spade. Both man and boy are on holiday at the northern English seaside resort of Scarborough, North Yorkshire and they are otherwise having a great time on South Beach, near the Grand Hotel building, high up on the cliff. 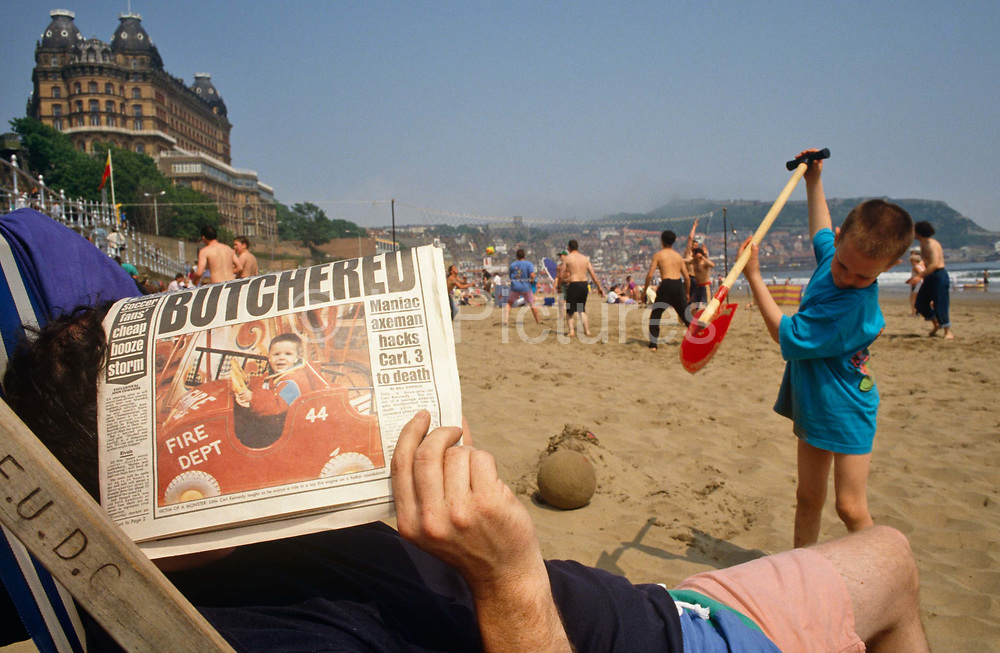