Tourist doing a "selfie" by Zabriski point, part of Amargosa Range located in Death Valley National Park in California, noted for its erosional landscape and being one of the worlds hottest places. The location was named after Christian Brevoort Zabriskie, vice-president and general manager of the Pacific Coast Borax Company in the early 20th century. The company's twenty-mule teams were used to transport borax from its mining operations in Death Valley. 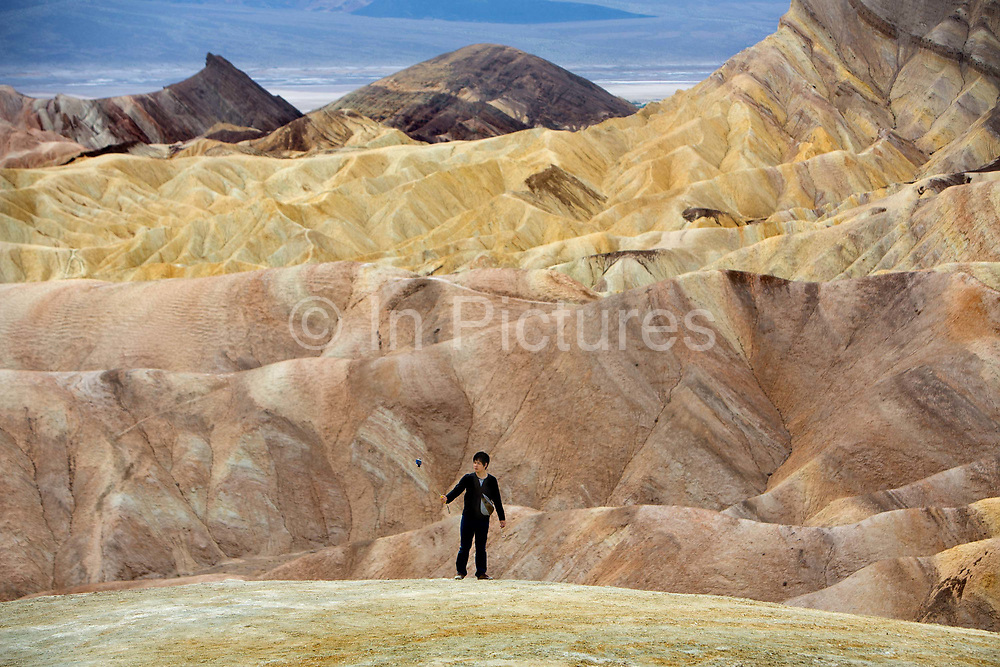