As one enters the monastic complex, ones is welcomed by a shrine and a standing Buddha with a raised hand in a gesture of reassurance and blessing to visitors, The "parasol" over his head indicates the supremacy of Buddhism. The central figure of the Manfeilang Monastery ( of the Dai denomination) is the White Pagoda which lies on elevated ground on the banks of the Mekong river in south west Yunnan province. Dai monasteries are built in the centre of a village or as in this case outside on higher ground. 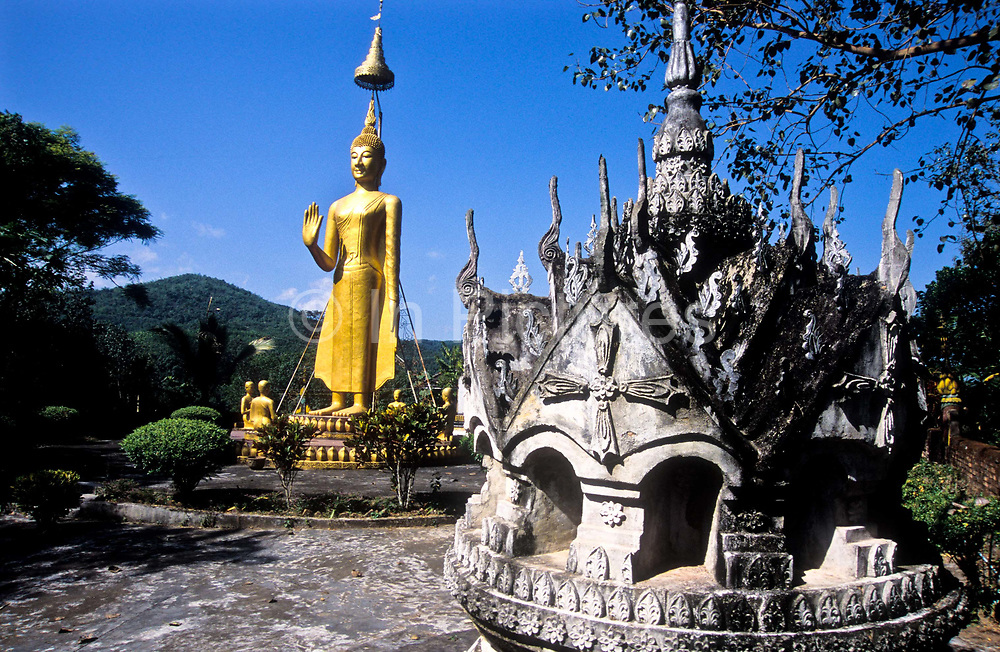