Metropolitan police in riot gear marching to change positions amidst smoke from flares between protesters of the Free Tommy Robinson demonstration, and their opposition organised by anti-fascist groups including Stand up to Racism who are opposed to far right politics on 24th August 2019 in London, United Kingdom. Some 250 Stand Up To Racism and other anti-fascist groups took to the streets today in opposition to supporters of jailed ‘Tommy Robinson’ real name Stephen Yaxley-Lennon at Oxford Circus, who gathered outside the BBC. 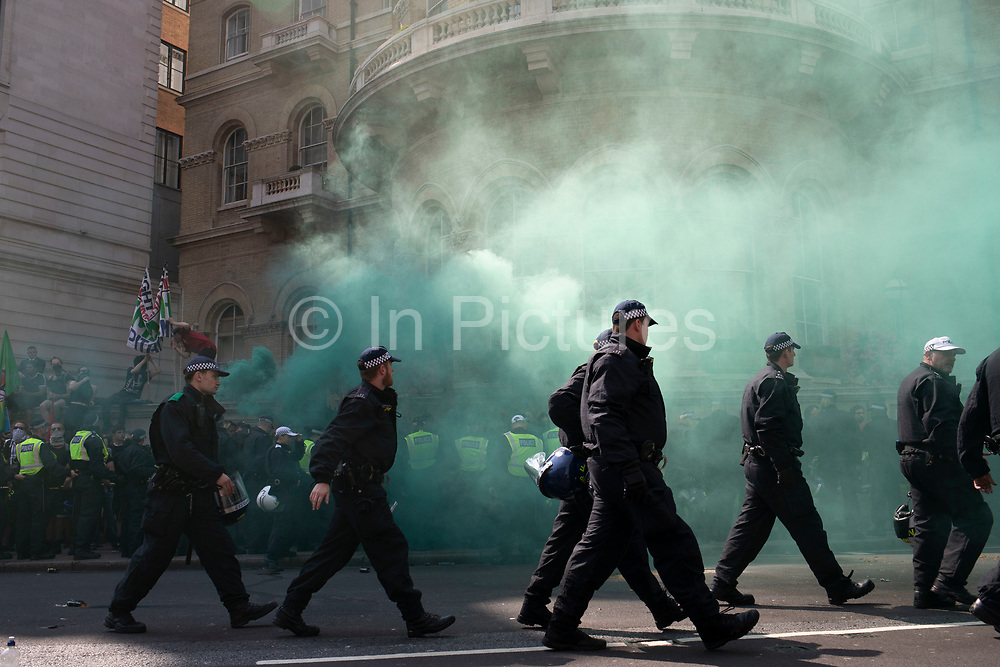