Lying horizontal in a Budapest scrap yard are two Communist-era statues that were toppled along with the fall of the Hungarian Socialist state in March 1990. In the foreground is the statue of the once-hated Hungarian local Communist Ferenc Munnich who participated in the 1956 Hungarian revolution, then a member of the ‘Revolutionary Worker-Peasant Government’, the Workers’ Militia and then defence minister and earning himself the Order of Lenin in 1967. After Hungary’s transition to a democracy, he has been dumped horizontally on a wooden frame, sliced off its original plinth at the feet and painted red, awaiting its fate. In fact this statue is now located in the theme park called Szoborpark (Statue Park) in the south of the city where he shares a political tourist landscape of 42 pieces of art from the Communist era between 1945 and 1989. 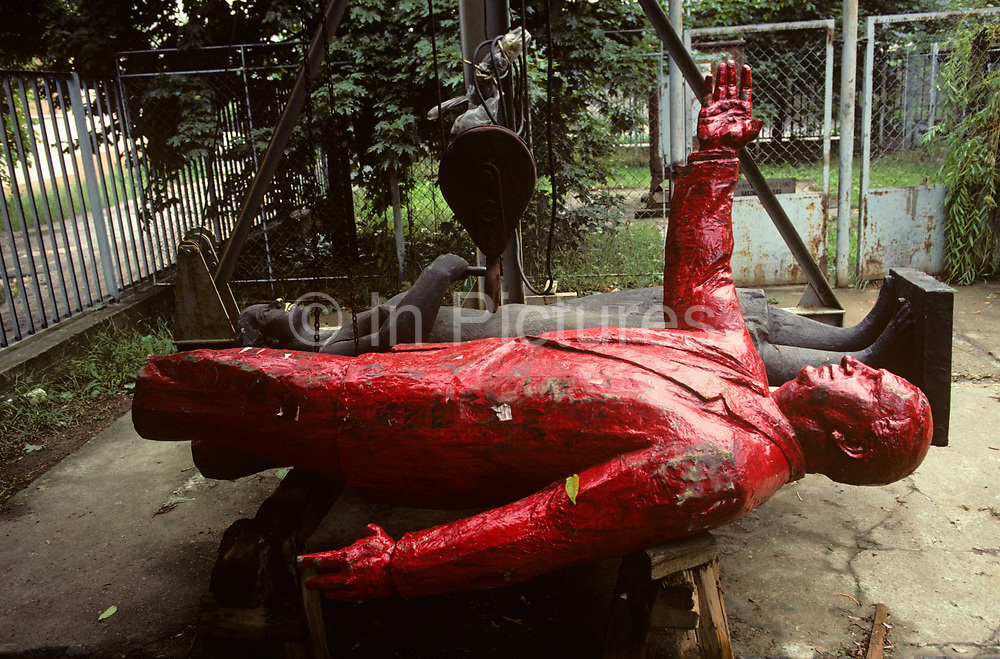