An RAF Air Chief Marshal helps a Royal Navy Vice Admiral just before he bangs his head under a new Eurofighter's (Typhoon) wing. It is the maiden flight of this now iconic jet fighter constructed by a consortium of European countries and manufacturers. The navy man is used to finding his way around a ship or low-ceiling submarine but obviously needs a helping hand while under the wing of this aircraft. The Royal Air Force officer wearing full dress uniform complete with gold braid holds the other’s head on which rests his white Navy hat, also with gold insignia that denotes his senior rank. The Eurofighter Typhoon is a twin-engine, canard-delta wing, multirole combat aircraft, designed and built by a consortium of three companies. Its maiden flight took place on 27 March 1994 watched by VIPS from UK industry and military. 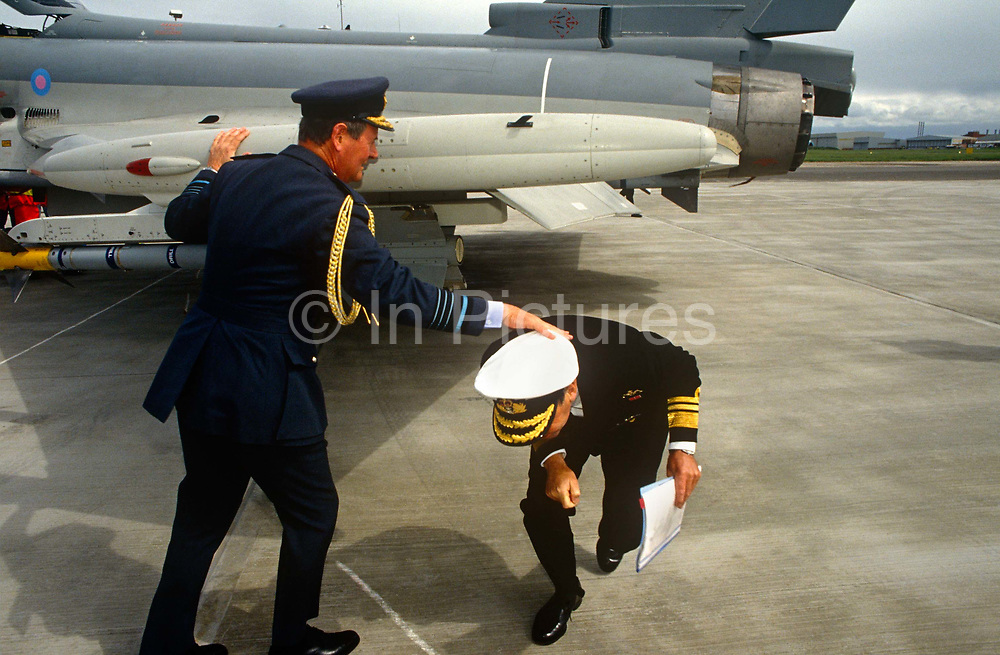