An engineer working underground during construction of the Heathrow Express train project on behalf of Heathrow airport operator BAA (British Airport Authority), London England. While standing erect, he twists a high-tension tool that secures the concrete sleepers to the steel rails using a Pandrol Clip. The tunnel snakes its way into the distance behind him, lit by temporary lighting on the 5-mile tunnel wall. Its sections are reinforced concrete, shaped for the Heathrow Express electric Siemens-built trains that provide a direct link between Heathrow's terminals and Paddington station in central London. This is now the most expensive rail-mile fare in the UK at £15.50 for a 15-minute journey. In 1994 one tunnel collapsed without warning in one of the most catastrophic civil engineering disasters in British history. 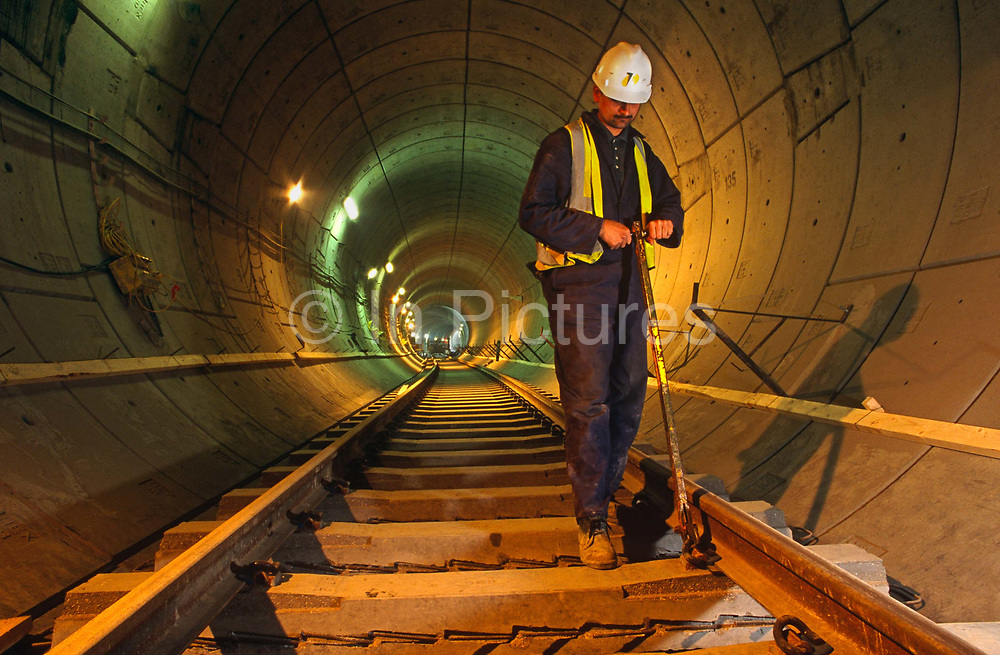