God loves...leavers and remainers,a message outside the church on 20th September 2019 in Highgate, London, United Kingdom. Two parishoners are conversing outside the Highgate URC Church during the crisis throughout the UK over BREXIT. After the 2017 reforendum on leaving Europe, Britain is now more divided than at any time in living memory. There are no quick fixes for the deep divisions Brexit has caused. Healing them will call for a quality of leadership that has been absent from British politics in recent years. 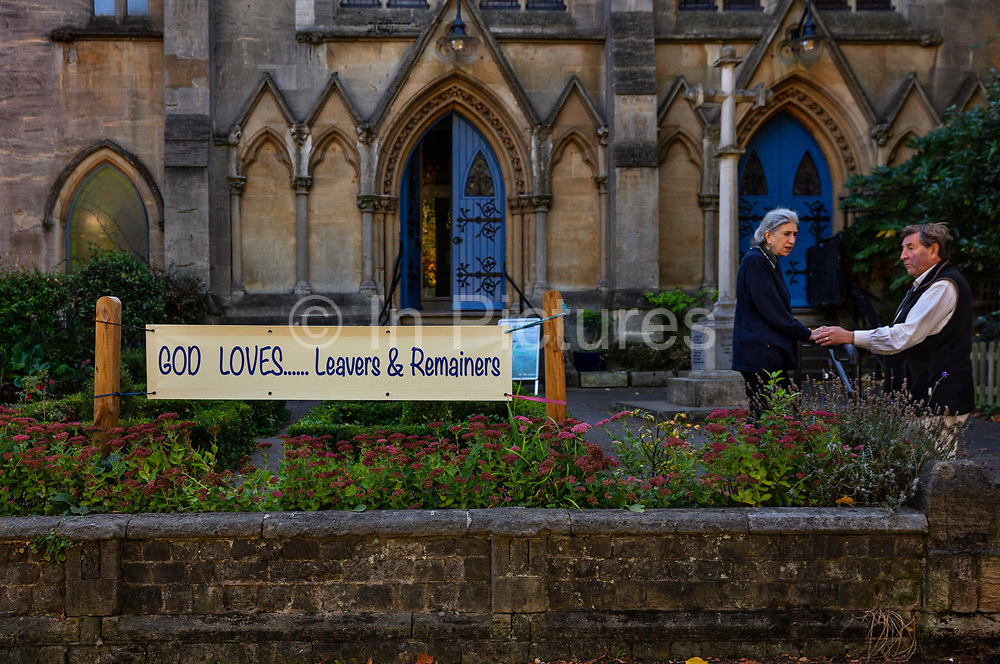