Cars and vans move along The Highway in East London in front of an office building lit up at night. This is one of the main artery roads out of London to the East. The Highway, formerly known as the Ratcliffe Highway, is a mile-long road in the East End of London, with several historic landmarks nearby. The route dates back to Roman times. In the 19th century it had a very notorious reputation for vice and crime and was the site of the infamous Ratcliff Highway murders. 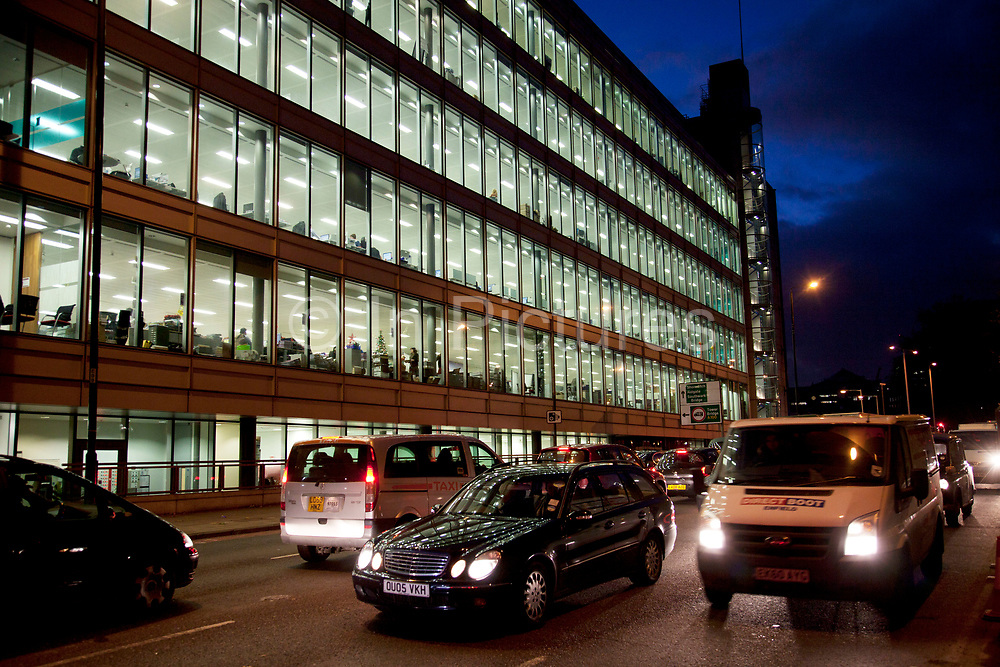