Historical and fictional theatre play acted out at the Medieval village of the town, and with actors wearing traditional costumes for European heritage days on 18th September 2021 in Pont Croix, Brittany, France. Brittany is a peninsula, historical county, and cultural area in the west of France, covering the western part of what was known as Armorica during the period of Roman occupation. It became an independent kingdom and then a duchy before being united with the Kingdom of France in 1532 as a province governed as a separate nation under the crown. 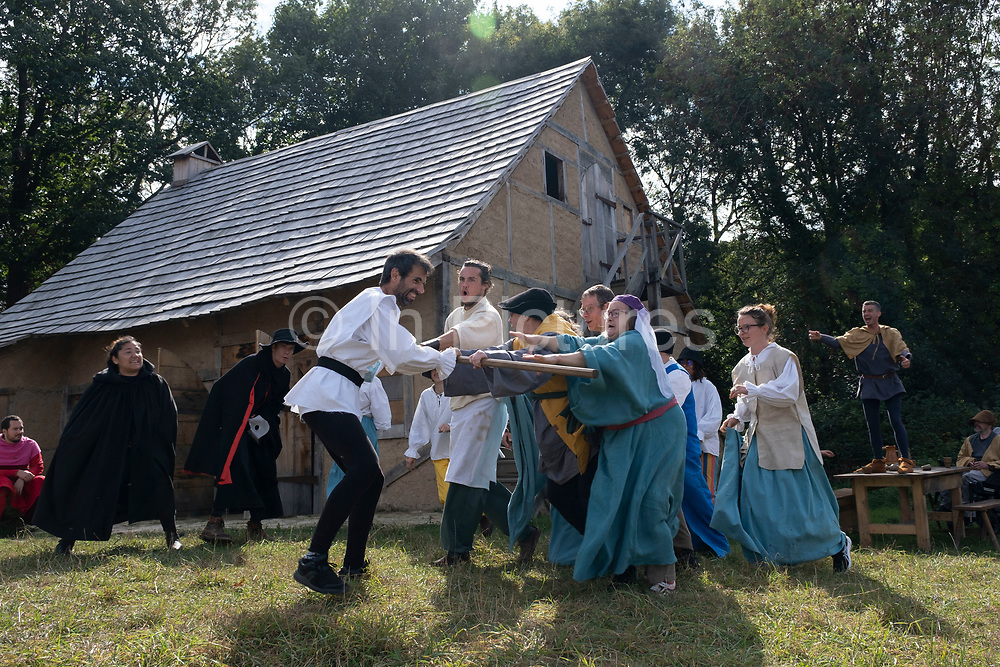