At first glance, we see an angry male holding the severed head of another man in his right hand. But this is a circus act from the Archaos troupe, a french company of oerformers who tour the world with their anarchic version of big top entertainment. With a dark background and with the apparent murderer wearing black, it is an image of raw, homocidal thuggery: A massacre and attack on another human being. Despite it being a pretence, an act for the sake of an audience with a thirst for the macabre, it is still very disturbing. 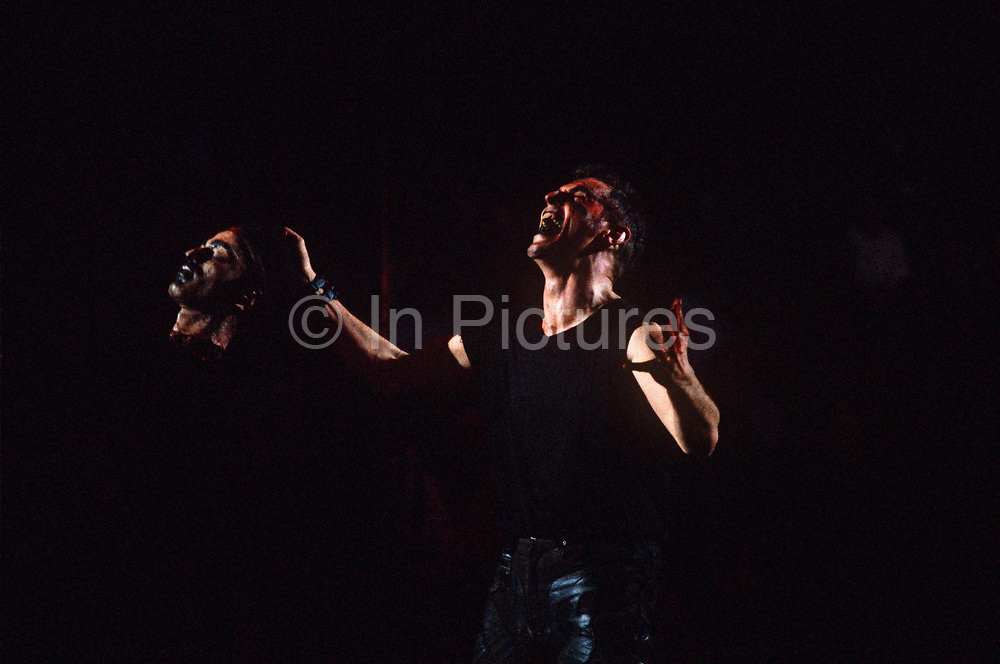