Bust Of Hercules In British Museum

The bust of mythical Hercules, a Roman copy of the ancient Greek original by Lysippos of about 325-300BC overlooks the Enlightenment Gallery of the British Museum on 28th February 2017, in London, England. The Roman version is said to have been found in lava at the foot of Vesuvius and presented to the museum by Sir William Hamilton in 1776. Hercules is the Roman adaptation of the Greek divine hero Heracles, the son of Zeus Roman equivalent Jupiter and the mortal Alcmene. In classical mythology, Hercules is famous for his strength and for his numerous far-ranging adventures. 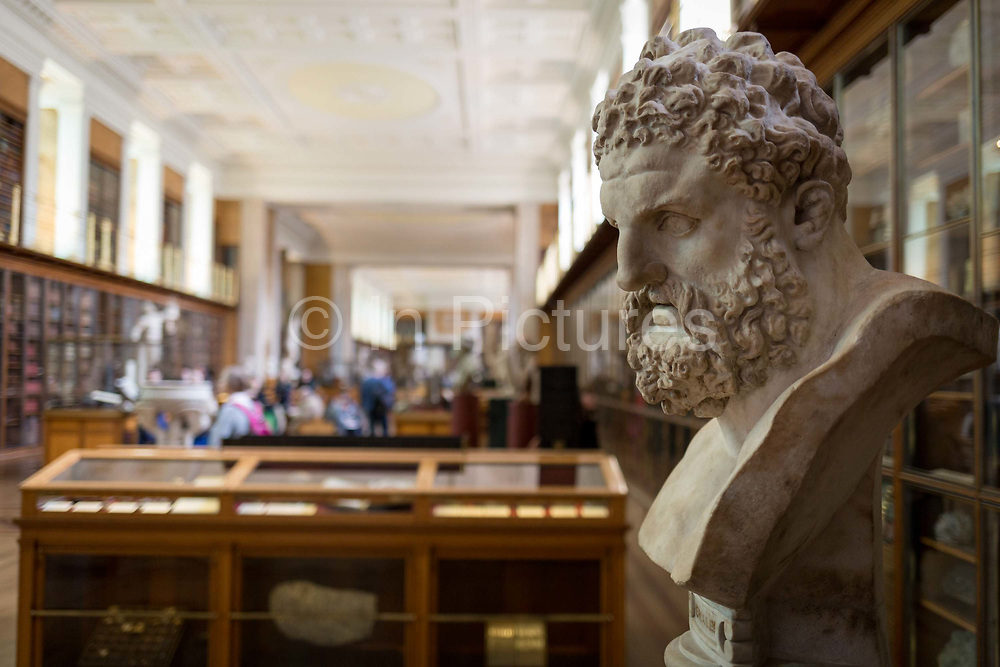