UK - London 2012 Olympics - Soldiers on security duties in the Mall

Soldiers the Royal Artillery regiment in the British army stand guarding the entrance to the volleyball venue in central London next to the IOC rings logo on day 4 of the London 2012 Olympic Games. A further 1,200 military personnel are being deployed to help secure the 2012 Olympics in London following the failure by security contractor G4S to provide enough private guards. The extra personnel have been drafted in amid continuing fears that the private security contractor's handling of the £284m contract remains a risk to the Games. 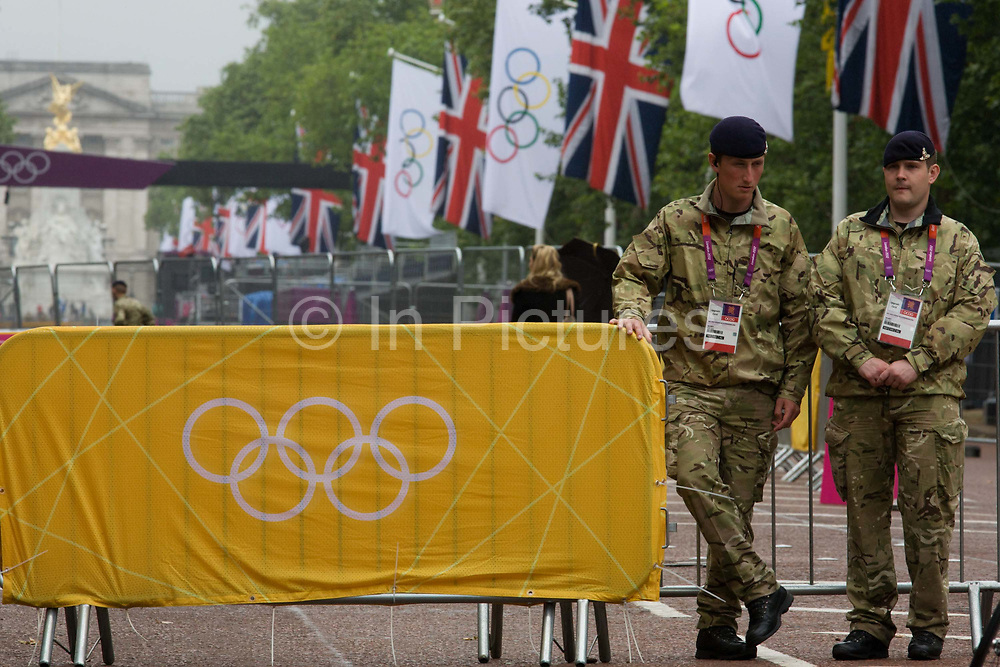