Protesters including rights campaigner Peter Tatchell calling to free Julian Assange outside Parliament on 24th April 2019 in London, England, United Kingdom. The Wikileaks founder Julian Assange was arrested and is currently serving a prison sentence after he was found guilty of breaching the Bail Act and on 1 May 2019 was sentenced to 50 weeks in prison in the United Kingdom. Peter Tatchell is a British human rights campaigner, originally from Australia, best known for his work with LGBT social movements. 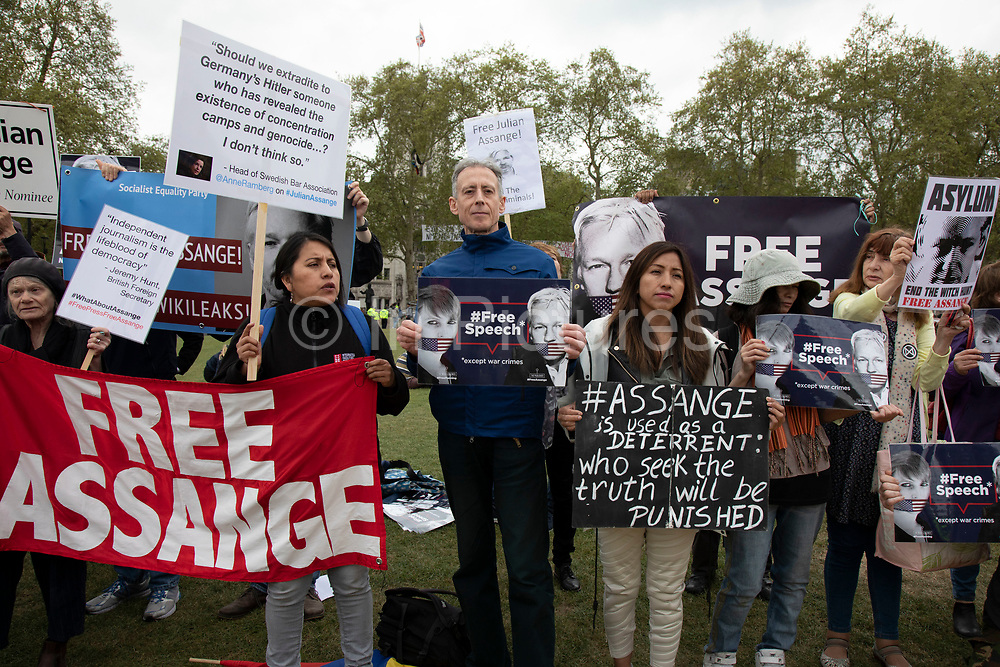