George Monbiot is arrested and taken away by police after a directive from the police not to gather, Extinction Rebellion took over Whitehall in a sit down protest where large numbers were arrested on 16th October 2019 in London, England, United Kingdom. George Joshua Richard Monbiot is a British writer known for his environmental and political activism. Extinction Rebellion is a climate change group started in 2018 and has gained a huge following of people committed to peaceful protests. These protests are highlighting that the government is not doing enough to avoid catastrophic climate change and to demand the government take radical action to save the planet. 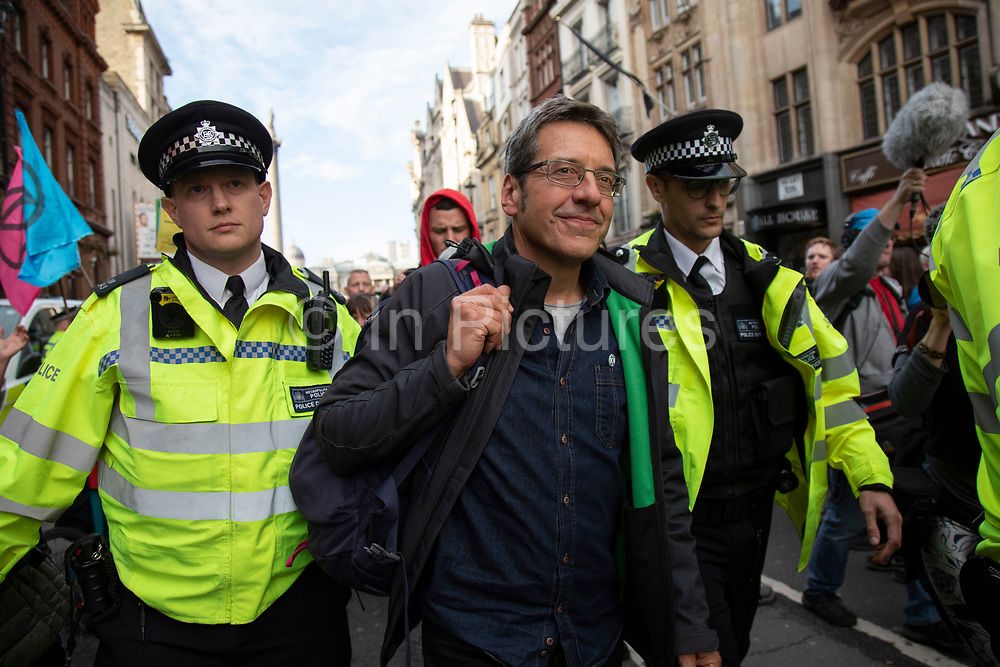