A detail of one ancient Assyrian stone panel carving 700-692BC showing archers attacking the town of Lachish near Jerusalem, in the British Museum, on 11th April 2018, in London, England. The relief was created for the walls of the great palace of the Assyrian king, Sennacherib, in Nineveh. Such scenes demonstrated the consequences of rebelling against the Assyrian empire. Sennacherib is shown as an invincible king presiding over a perfect victory. 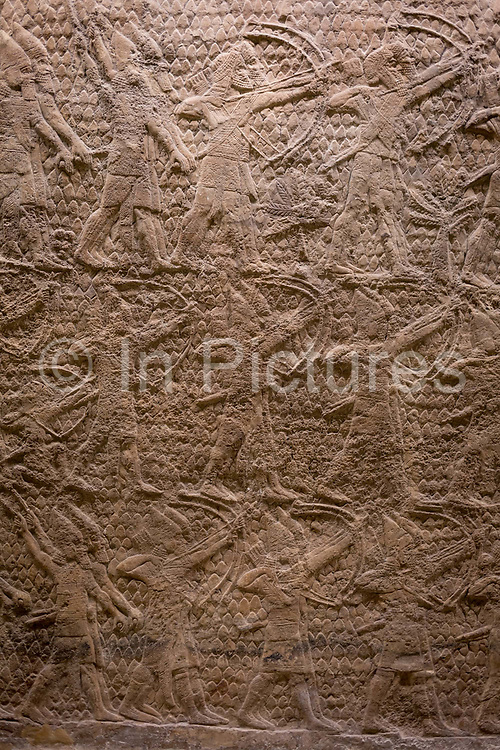