Rooftops of the church of San Sebastian, in Antequera, Andalucia. From the hilltop castle that overlooks the city, we see the Spanish streets, homes and businesses. Antequera is a city and municipality in the province of Málaga, part of the Spanish autonomous community of Andalusia. It is known as "the heart of Andalusia" (el corazón de Andalucía) because of its central location among Málaga, Granada, Córdoba, and Seville. In the last quarter of the 1st millennium BCE, the Iberian peninsula became part of the Roman Empire but the year 711 a tribe of Berbers out of North Africa (Moors) invaded Spain and conquered Antikaria around 176, renaming it Medina Antaquira. 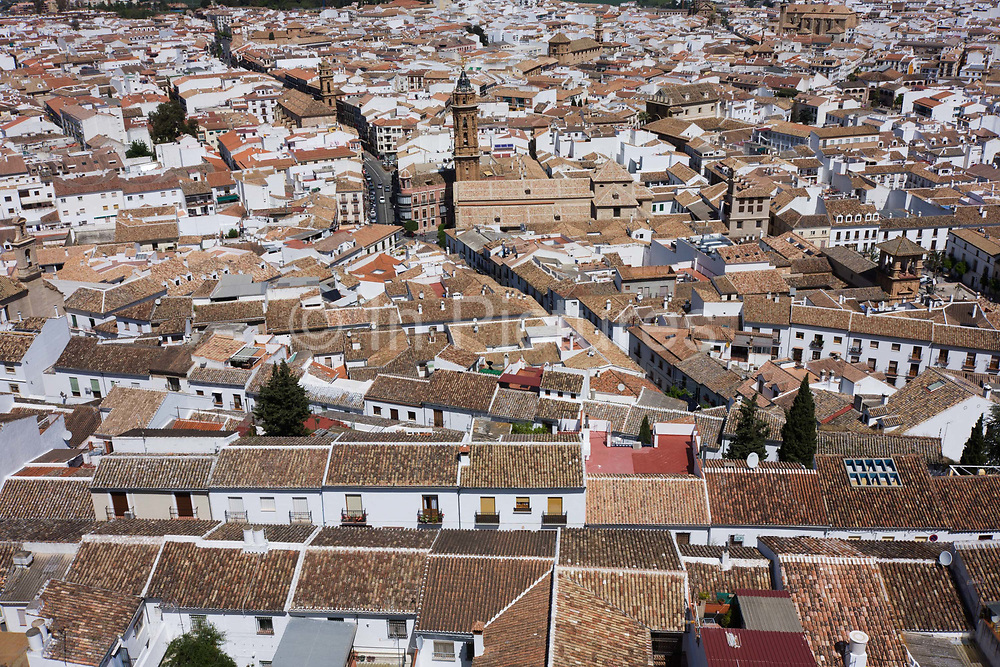