LONDON, ENGLAND, UK, JUNE 11TH 2011. Mother Louise Irwin-Ryan with her daughter Georgia (11, wearing a pink Lolita dress) and son Kiefer (8, wearing a red Liverpool Football Club kit) spending a day out together in Camden Town, North London. Kiefer wants to look at the football strips and asks if his mum can buy him the 2011 shorts. His mother explains that the 2009 shorts will have to do because they just can't afford it. Louise is on various benefits to help support her family income, and housing, although recent government changed to benefits may affect her family drastically, possibly meaning they may have to move out of London. Louise Ryan was born on the Wirral peninsula in 1970. She moved to London with her family in 1980. Having lived in both Manchester and Ireland, she now lives permanently in North London with her husband and two children. Through the years Louise has battled to recover from a serious motorcycle accident in 1992 and has recently been diagnosed with Bipolar Affective Disorder. (Photo by Mike Kemp/For The Washington Post) 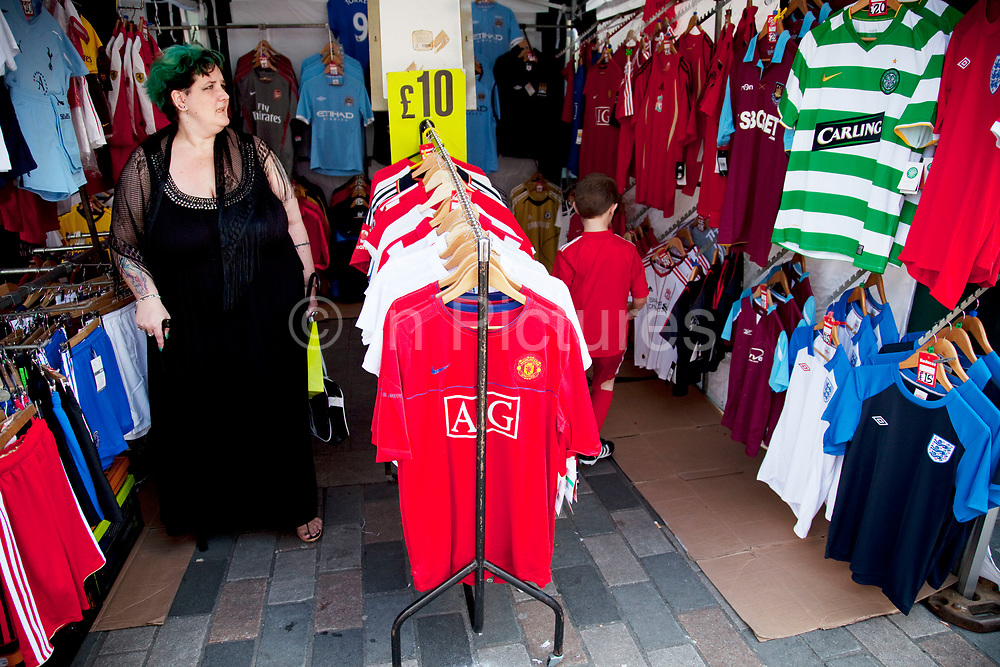