Tourists At The Facade In Macau

Macaos famous Facade in Macau, China. The Cathedral of Sain Paul, also known as Saint Pauls Cathedral. This ruin remains Macaos most famous tourist site. Tourists gather on the steps leading up to take pictures of this stone facade, intricately carved by Japanese monks. Built between 1582 and 1602, the facade was excaated and protected in the 1990s, while the crypt was also revealed. Macau is an autonomous region on the south coast of China, across from Hong Kong. A Portuguese territory until 1999, it reflects a mix of cultural influences. 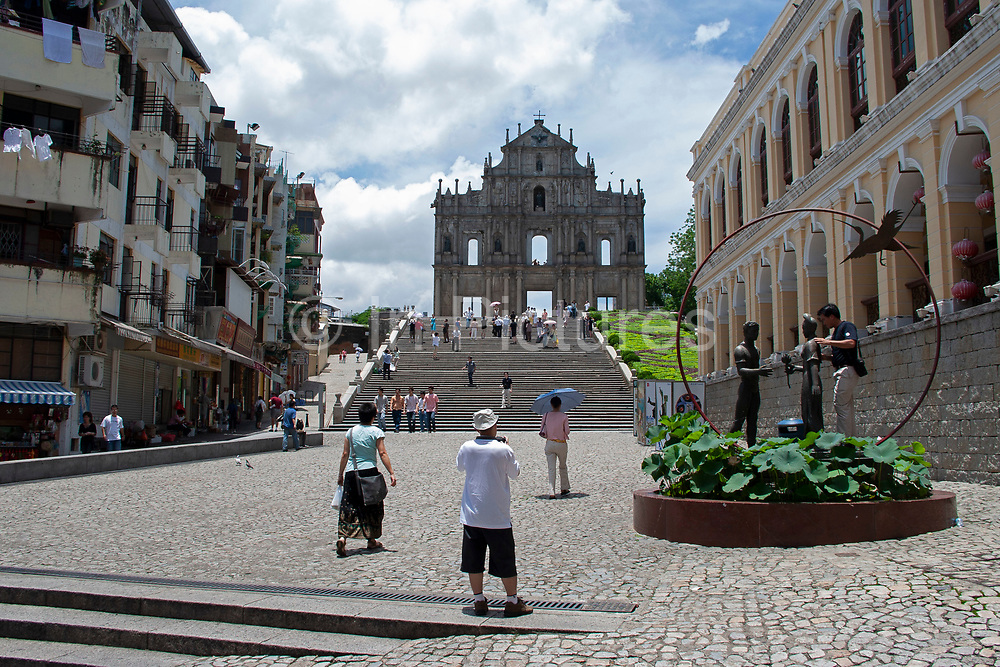