A veteran and former soldier from world war 2 stands in a side street of Westminster during the annual Armistice Day. This is a full-face portrait of a quintessential Englishmen from a bygone era, typical of the stereotype expected by those from other countries when in fact, he is a disappearing breed. The man has been parading though London's political district near Parliament as old soldiers march with their old comrades in rank, as they would have in their glory days. We see his pencil moustache and the famous bowler hat. The bowler hat, also known as a coke hat, derby (US), billycock or bombín, is a hard felt hat with a rounded crown originally created in 1849 for the British soldier and politician Edward Coke. The bowler hat was popular with the working class during the Victorian era though it came to form the official work uniform of bankers. 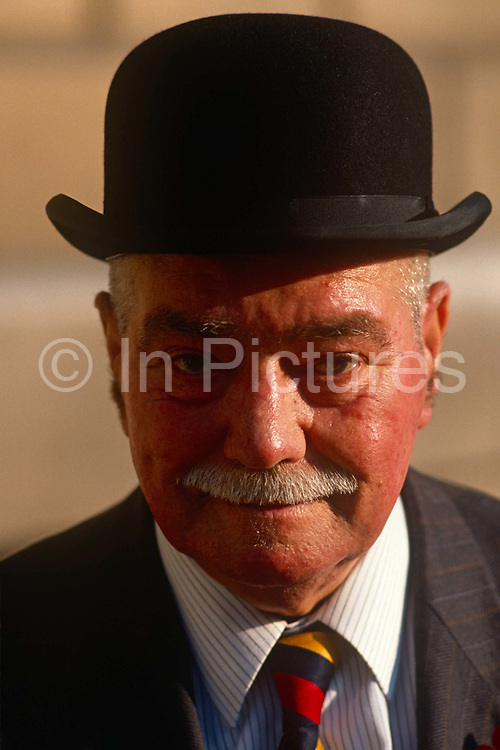