From a very low viewpoint, we see crowds of British citizens who to and fro beneath the Gothic tower of Big Ben in Parliament Square, London at almost 10 minutes past 2pm . Lots of people squeeze past each other during the closing stages of London's Marathon as the pavements is narrower when crowd barriers control numbers. A young lady finds her way through other passers-by as the clock tower rises at an angle, the perspective of the wide-angle lens' distortion. The female's t-shirt has a woman's face from the xx clothing brand. This is also election time and the people are subject to the democratic process as they elect an new leader to govern the state. 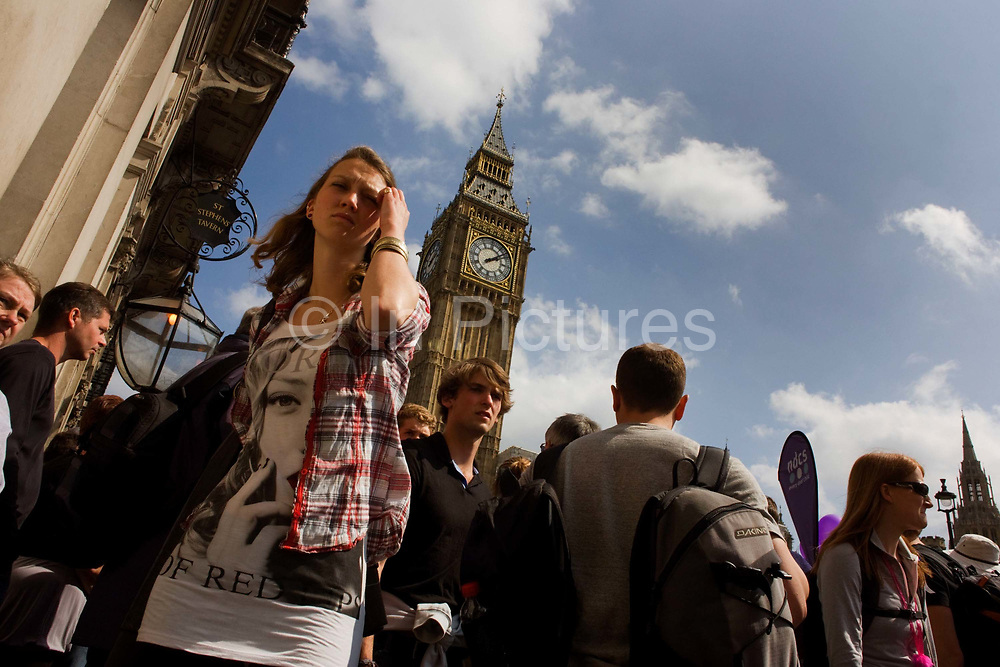