The tall western facade of London's Westminster Abbey with a new generation red London Routemaster double-decker bus passing-by. Since 1066, when Harold Godwinson and William the Conqueror were crowned, the coronations of English and British monarchs have been held here. Since 1100, there have been at least 16 royal weddings at the abbey. Two were of reigning monarchs (Henry I and Richard II), although before 1919 there had been none for some 500 years 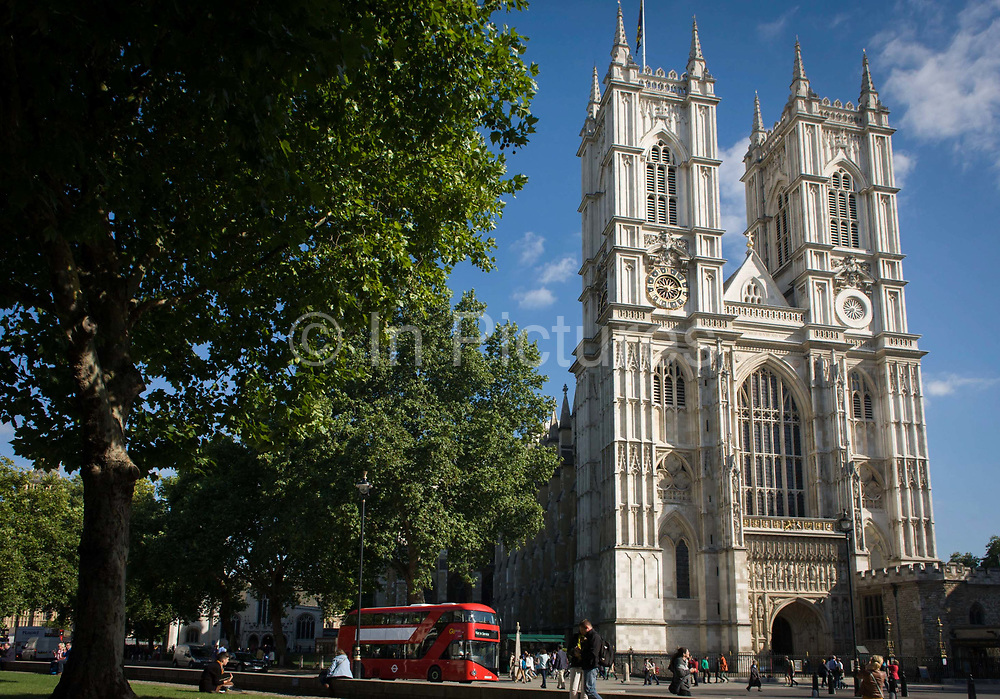