Italy - Pompeii - Dog lies down on a Pompeii street

In the foreground a local dog lies down in the afternoon heat on rutted ancient Roman flag stones while in the background tourists walk down the old highway in Pompeii, Italy. Next to his exhausted body, the grooved ruts carved by wooden wheels can still be seen next to a large stepping stone which let chariots ride over the stone yet allowed pedestrians to step over the road. Pompeii is a ruined Roman city near modern Naples in the Italian region of Campania. It was completely buried during a catastrophic eruption of the volcano Mount Vesuvius on 24 August 79 AD. The volcano covered Pompeii under many metres of ash, and it was lost for over 1,600 years before its accidental rediscovery in 1748. Since then, its excavation has provided an extraordinarily detailed insight into the life of a city at the height of the Roman Empire. Today, it is a main tourist attraction of Italy and a UNESCO World Heritage Site. Pompeii has become a popular tourist destination; with approximately 2.5 million visitors a year, it is the most popular tourist attraction in Italy. 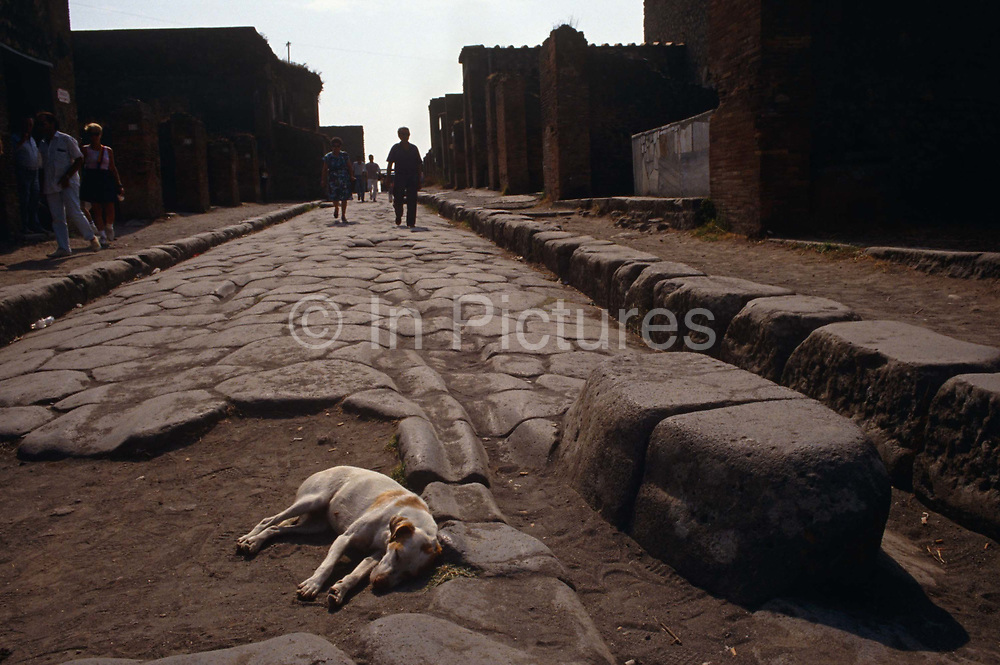