Two clowns spread fake blood and banknotes in the road in front of Downing Street during a ‘Carnival of Corruption’ protest by climate activists from Extinction Rebellion against the government’s facilitation and funding of the fossil fuel industry on 3 September 2020 in London, United Kingdom. Extinction Rebellion activists are attending a series of September Rebellion protests around the UK to call on politicians to back the Climate and Ecological Emergency Bill CEE Bill which requires, among other measures, a serious plan to deal with the UK’s share of emissions and to halt critical rises in global temperatures and for ordinary people to be involved in future environmental planning by means of a Citizens’ Assembly. 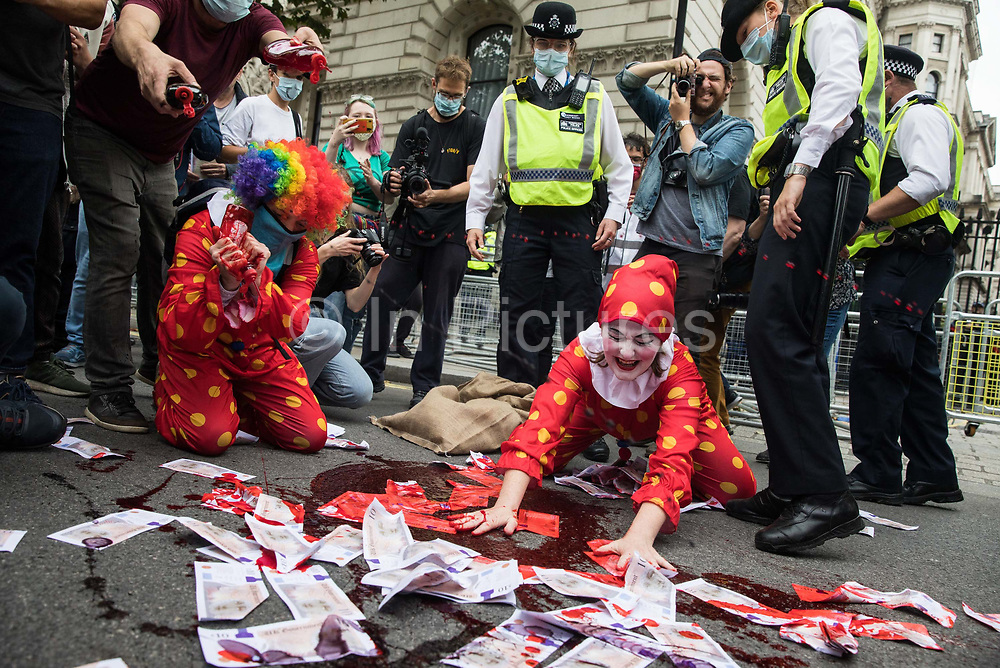