North Italian town of Bassano del Grappa with Dolomite foothills in the distance. Bassano del Grappa or Bassan/Bassàn in Italian is a city and comune in the Vicenza province in the region Veneto, northern Italy. The city was founded in the 2nd century BC by a Roman called Bassianus, whence the name, as an agricultural estate. During World War I Bassano was in the front area, and all industrial activities were halted. In World War II, after the Armistice with Italy, the city was invaded by German troops, who killed or deported numerous inhabitants. 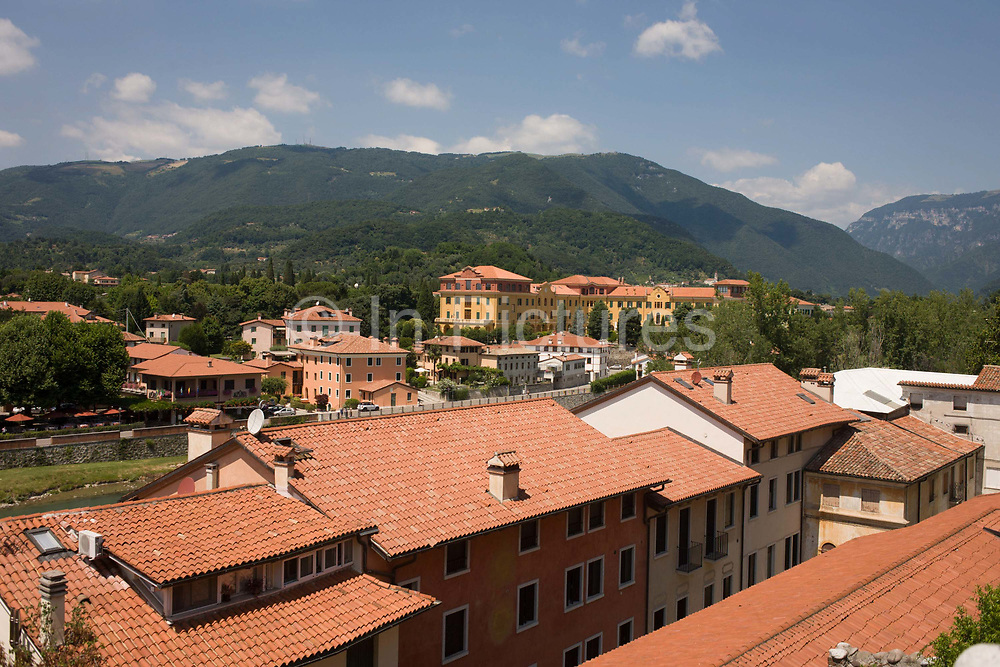