Laos is the most bombed country, per capita, in the world with more than 270 million cluster bomb submunitions dropped on it during the Vietnam War from 1963 to 1974. The Mines Advisory Group (MAG) are a humanitarian organisation clearing the remnants of conflict worldwide and have been working in Lao PDR since 1994. UXO clearance team 6 (UCT6) is an all-female team, one of MAG’s seven UXO clearance teams in Xieng Khouang Province, one of the most heavily bombed provinces-- in Lao PDR. Before clearance of UXO can take place the site has to cleared of scrub so the lanes can be created and the metal detector doesn’t get stuck. UCT6 Technician Xoua Lor (28) holds a machete that she uses to cut the scrub on the clearance site in Ban Namoune. 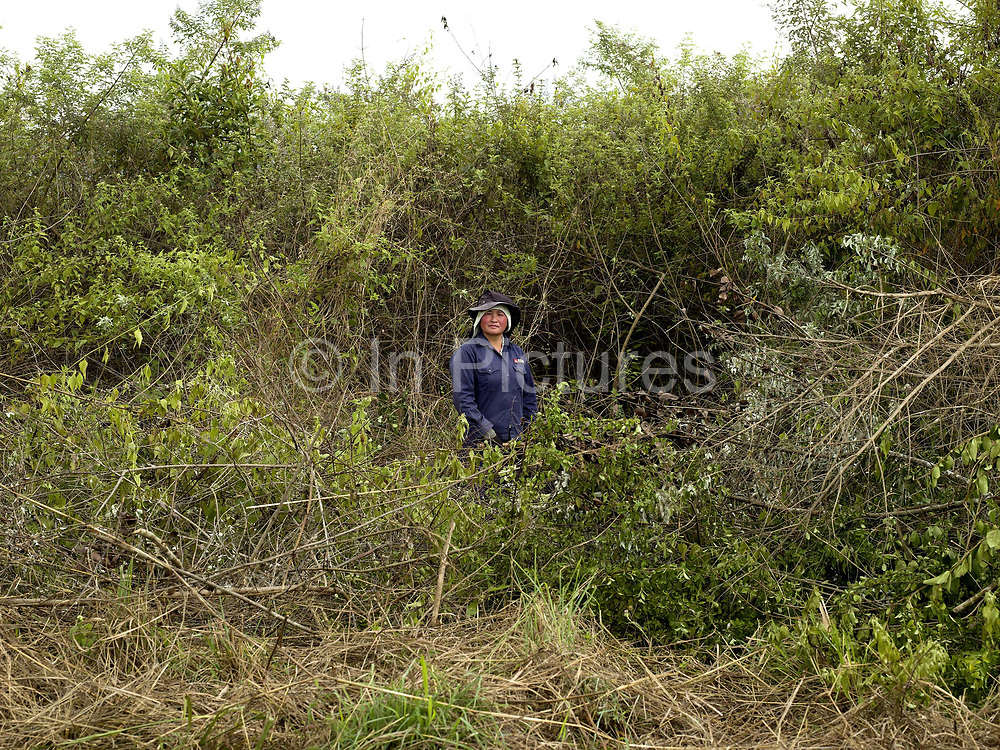