Construction workers wearing hard hats hook up a pile of concrete beams on to a waiting crane hook. One man bends down to help loop a chain beneath one of the girders and attached to the dangling hook while another secures the chain and another man is in radio contact with the crane driver out of sight. Importantly, behind their low-loader truck is a Smirnoff advertising billboard with a famous ad campaign for the Vodka distillery. It depicts three carved Polynesian statues of Easter Island but seen through a botttle of the alcoholic beverage, is a representation of a face wearing a head band and MP3 headphones. Seen juxtaposed with the construction men and their building technology this scene describes a visual pun between an ancient lost civilization and the modern age of technology. Smirnoff is a vodka distillery founded in Moscow, by Piotr Arsenieyevich Smirnov. The
brand is now distributed in 130 countries and includes flavored vodka and malt beverages. The Sminoff advertising campaign is said to be based on the Belgian surrealist artist Rene Magritte whose paradoxical images stretched our ideas of what was reality and the fantastic. 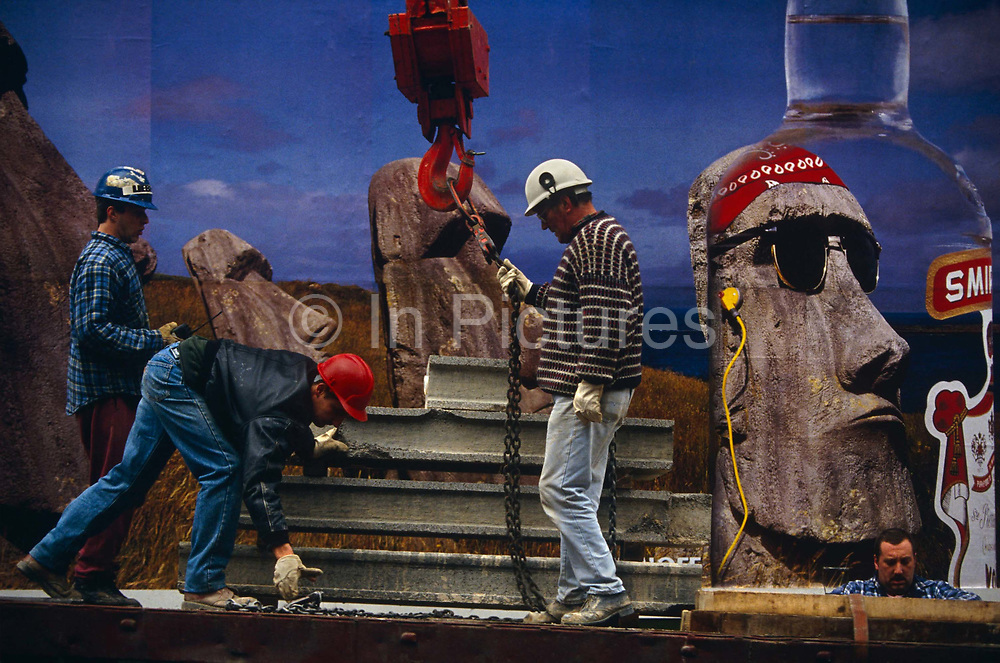