A newly-recruited Nepali boy is about to leave his homeland for the UK, where the British army is to make him a fully-trained soldier in the Gurkha Regiment. Daubed with saffron and paint, the sign of good luck on a journey to come, he stands with absolute pride with garlands of fresh flowers draped around his neck by well-wishing relatives before they wave good bye to their son or brother for his two years absence away from home. Some 60,000 young Nepalese boys aged between 17 - 22 (or 25 for those educated enough to become clerks or communications specialists) report to designated recruiting stations in the hills each November, most living from altitudes ranging from 4,000 - 12,000 feet. After initial selection, 7,000 are accepted for further tests from which 700 are sent down here to Pokhara in the shadow of the Himalayas. Only 160 of the best boys succeed in the flight to the UK. The Gurkhas training wing in Nepal has been supplying youth for the British army since the Indian Mutiny of 1857. 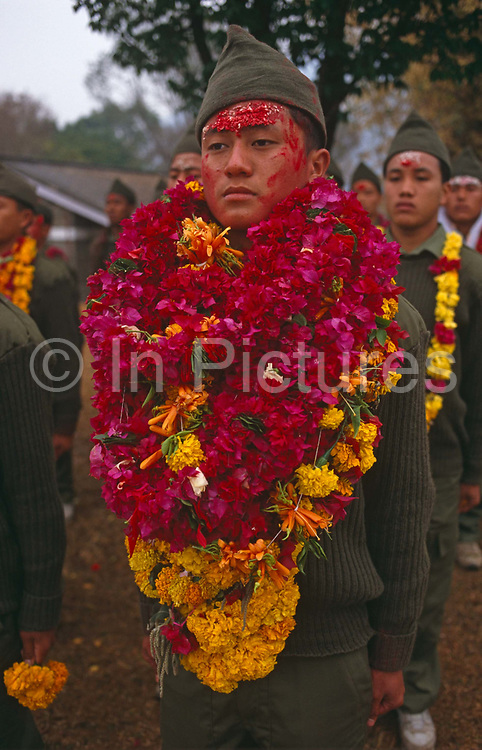