Several metres above the ground, a lone protester hangs on to a street light pole in London's Trafalgar Square at the height of the famous Poll Tax Riot on 31st March 1990 as flames erupt from a building site on The Strand. Angry crowds, demonstrating against Margaret Thatcher's local authority tax, stormed the Whitehall area and then London's West End, setting fire to a construction site and cars, looting stores up Charing Cross Road and St Martin's Lane. The anti-poll tax rally in central London erupted into the worst riots seen in the city for a century. Forty-five police officers were among the 113 people injured as well as 20 police horses. 340 people were arrested. 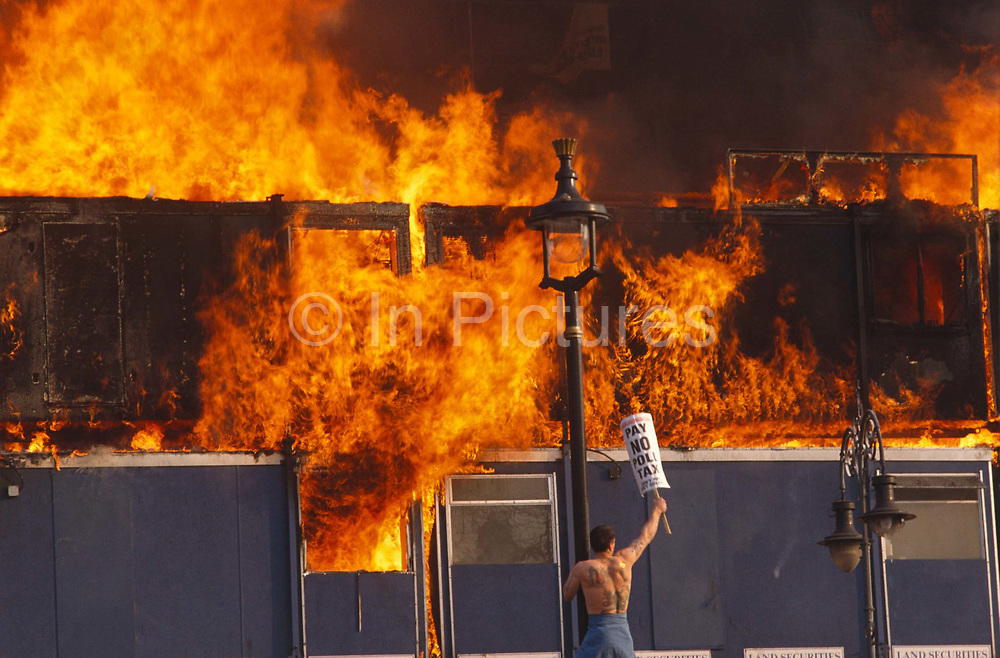