Alice Khanali (19 ) with Friend Fatila (13) photographed at the school they once both attended. Alice turned to collecting rubbish after she became pregnant and dropped out of school .

She goes to the dump with Fatila who also lives with her and her dad ( her baby is looked after by relatives) . She helps to protect Fatila from some of the boys at the dump – they ask her to sell Fatila to them but she doesn’t allow them near her. The two girls take care of each other, Fatila says that Alice gives her advice about sex and boys, warning her not to end up in the same situation. 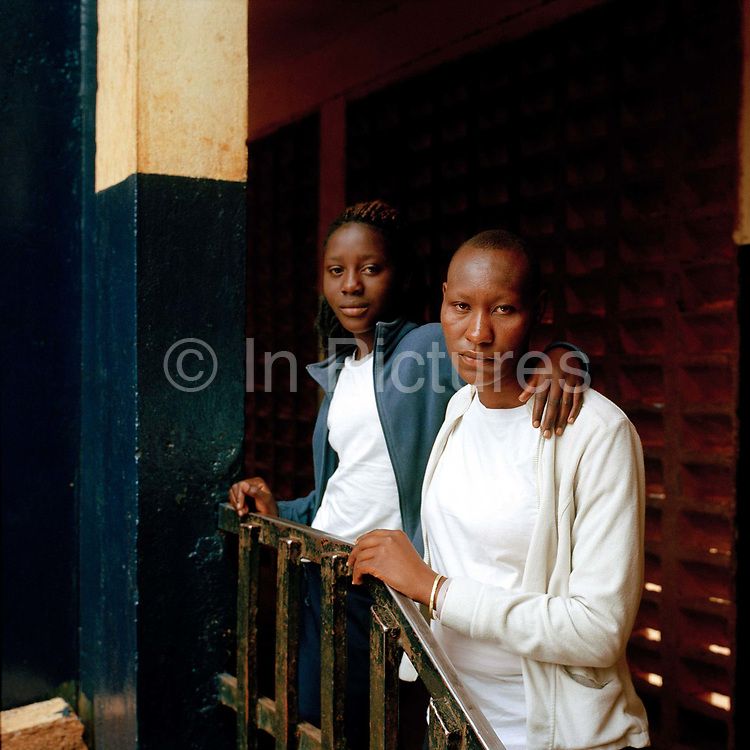