British Prime Minister David Cameron walks past one of the Airbus exhibition stands at the Farnborough Air Show, England. Helping to launch this expo held for the international aviation and aerospace industries, Cameron toured stands to help promote trade and investment for this 48th airshow (FIA) and hailed the phenomenal success of the UK aerospace industry and its critical importance to growth and jobs. Farnborough is attended by an international business audience including 83 trade and military delegations from over 43 countries. The Airbus A400M Atlas, is a multi-national four-engine turboprop military transport aircraft. It was designed by Airbus Military as a tactical airlifter with strategic capabilities. The aircraft's maiden flight, originally planned for 2008, took place on 11 December 2009 in Seville, Spain. 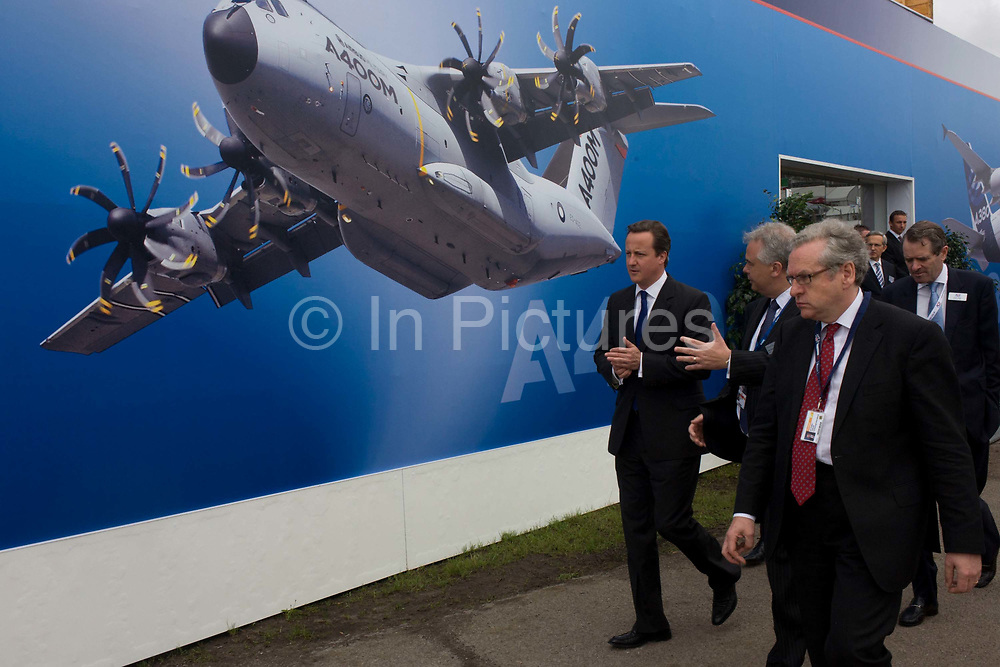