Camp Cooks team of outrageous 50's-style drag queens tour the nation serving tasty retro and mouth watering cuisine. With a sprinkle of Carry On Camping and a dash of tongue in cheek humour, Wynnie, Lucy, Cleo and Taylor bring a touch of Trailer Trash to the Shangri-La field.
Shangri-La is the after-hours epicentre of the Glastonbury Festival 2013. The theme for 2013 is Afterlife with the visiters choice between heavan and hell. Glastonbury is the world's biggest greenfield festival with nearly 200,000 visiters camping in the dairy farm of Michael Evis in Somerset, UK.
The first festival was in 1970 and was influenced by hippie ethics and the free festival movement. The festival retains vestiges of this tradition such as the Green Fields area which includes the Green Futures and Healing Field. 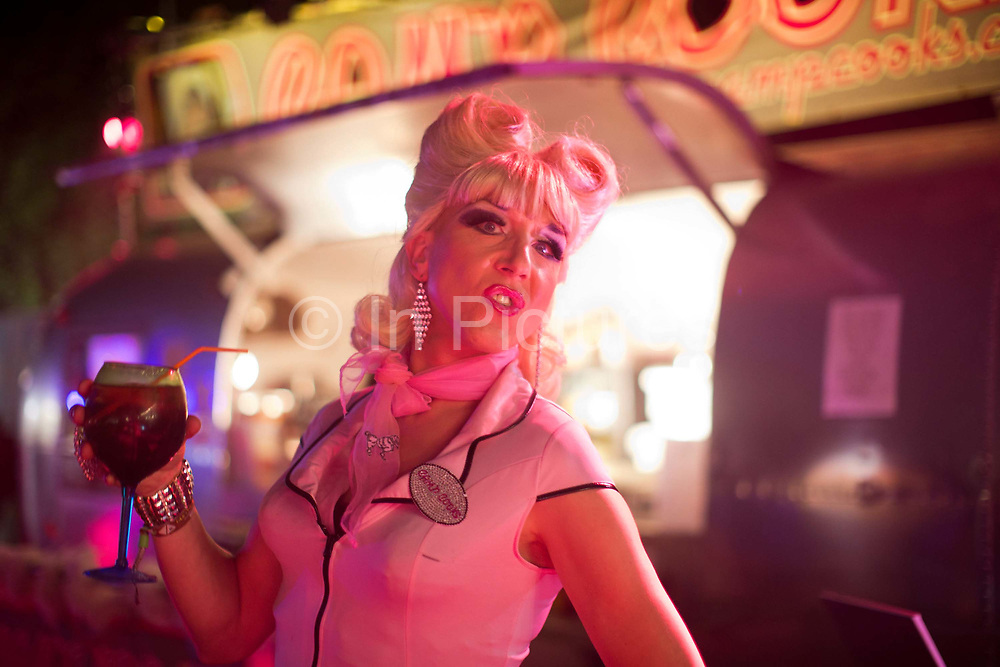