Wreaths with Five soldiers standing at ease on the memorial to both first and second world wars in Westminster. The war memorial is in Horseguards Parade commemorating those who fell during the Second and First World Wars and features 5 regimental reminders of those lost from the Household Division in conflict, their sacrifices honoured 100 years after the start of the 1914-18 war. The Guards Memorial was designed by the sculptor Gilbert Ledward in 1923–26 and erected to commemorate the First Battle of Ypres and other battles of World War I. 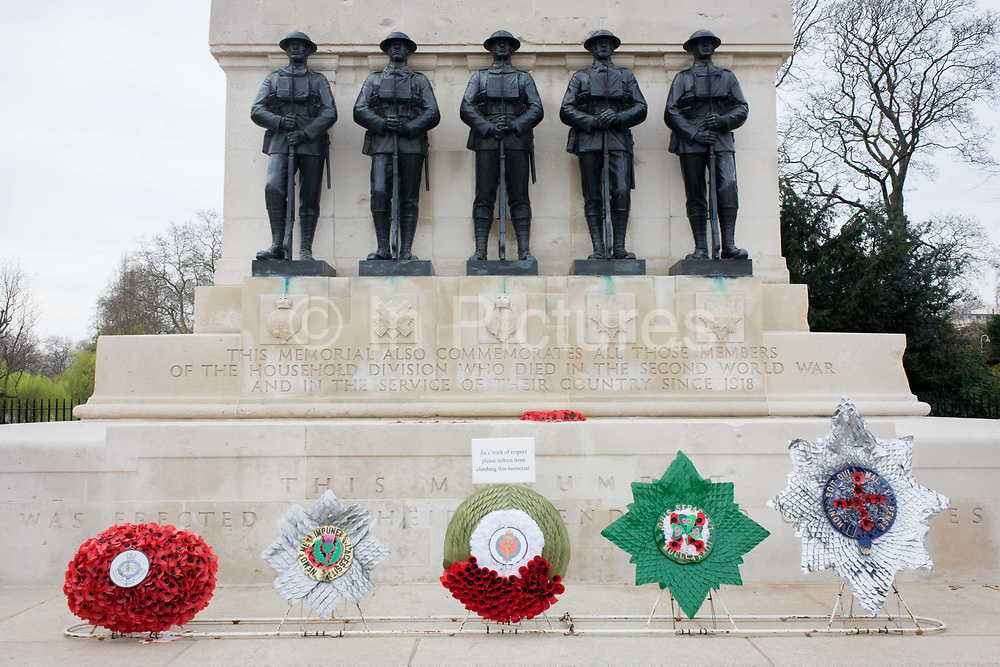