An Asian couple pose for holiday photographs in London's Piccadilly Circus. While their friend holds a compact digital camera out to see the screen, the young people hold their arms out wide, almost echoing the spread wings of Eros, ("Intimate Love" in Greek mythology), was the primordial god of sexual love and beauty. The statue known as Eros in Piccadilly Circus London, was made in 1893 and is one of the first statues to be cast in aluminium. The Circus is particularly known for its video display and neon signs mounted on the corner building on the northern side, as well as the Shaftesbury memorial fountain and statue of an archer popularly known as Eros (sometimes called The Angel of Christian Charity, but intended to be Anteros). 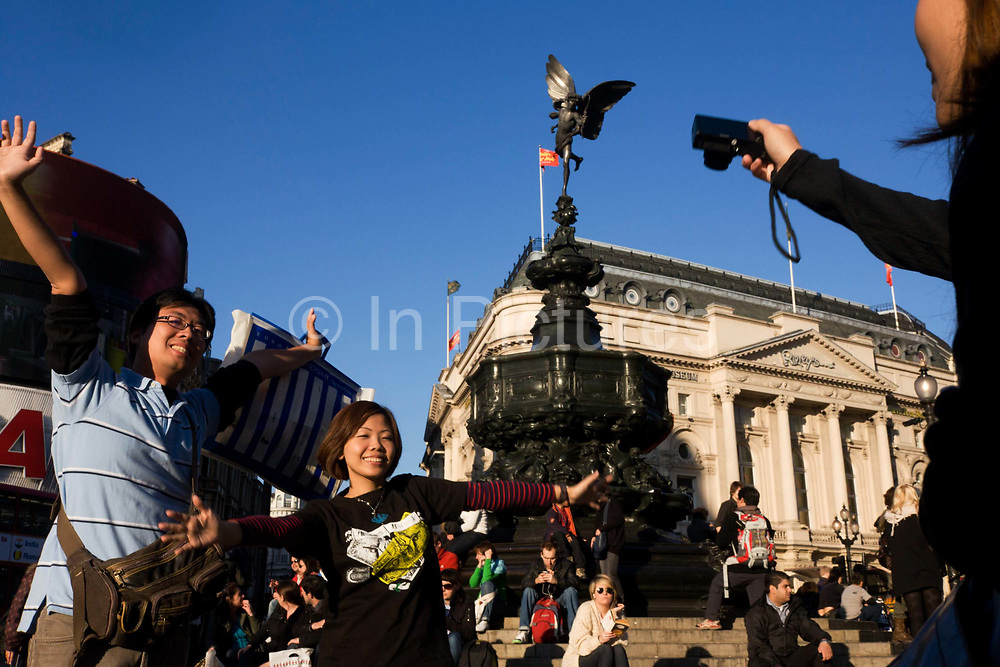