People dressed in traditional clothing dance toegether in a form which also tells a story. The atmosphere is amusing and joyful and full of smiles as the man dances around his partner offering her a rose. Beihai Park is an imperial garden in Beijing. First built in the 10th century, it is amongst the largest of Chinese gardens, and contains numerous historically important structures, palaces and temples. Since 1925, the place has been open to the public as a park. It is also connected at the south to the Shichahai. The Park has an area of more than 69 hectares, with a lake that covers more than half of the entire Park. 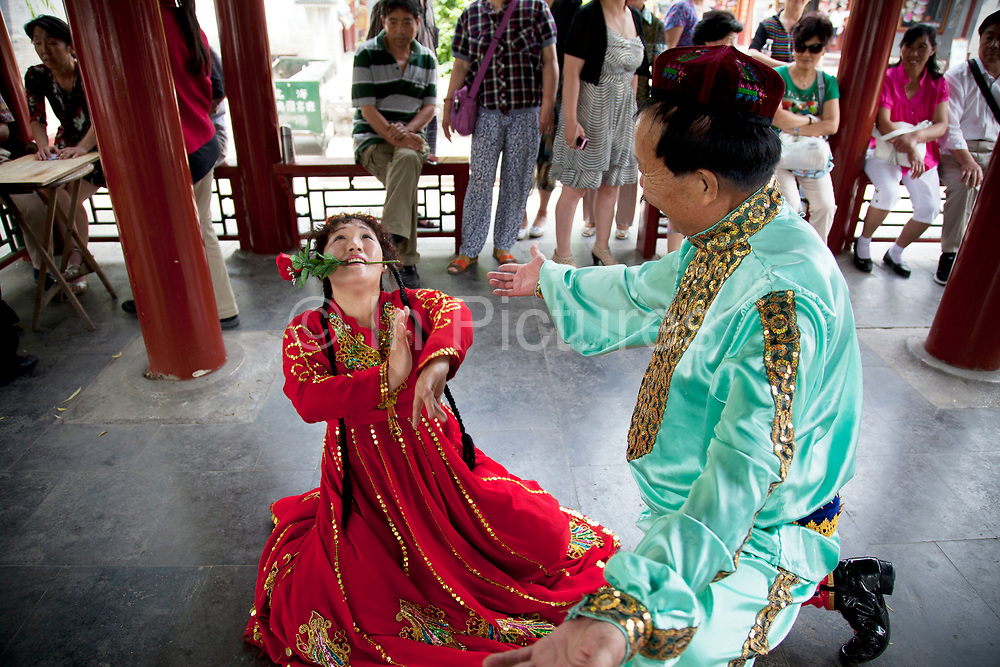