Two Metropolitan police officers talk on duty while guarding Britain's parliament in Westminster, London. Standing beneath the main members' entrance of the Gothic tower, the two policemen talk outside the Palace of Westminster where the British Government meets and weilds its poeer. The Palace, also known as the Houses of Parliament or Westminster Palace, is where the two Houses of the Parliament of the United Kingdom (the House of Lords and the House of Commons) conduct their business. It is therefore a potent symbol for British Governmental power. 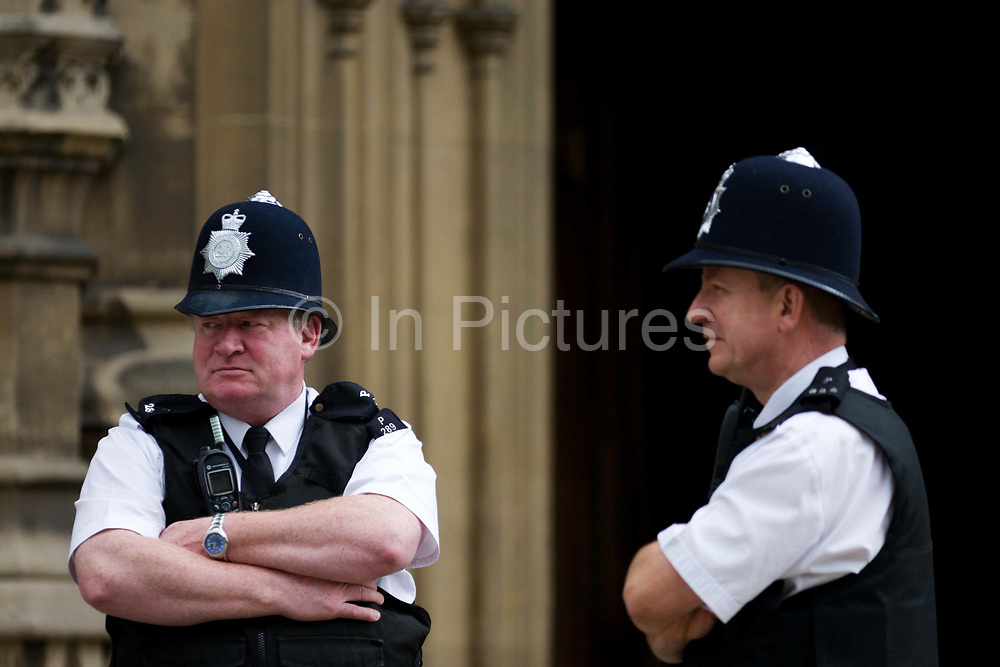