City policemen make calls from their scooters near horse and carriages in Seville's Plaza de Espana. With tourist horse carriages and visitors nearby, the two officers position themselves in the middle of this semi-circular enclosure built by Aníbal González, the great architect of Sevillian regionalism, for the Ibero-American exposition held in 1929. Today the Plaza de España mainly consists of Government buildings. The Seville Town Hall, with sensitive adaptive redesign, is located within it. The Plaza's tiled 'Alcoves of the Provinces' are backdrops for visitors portrait photographs, taken in their own home province's alcove. 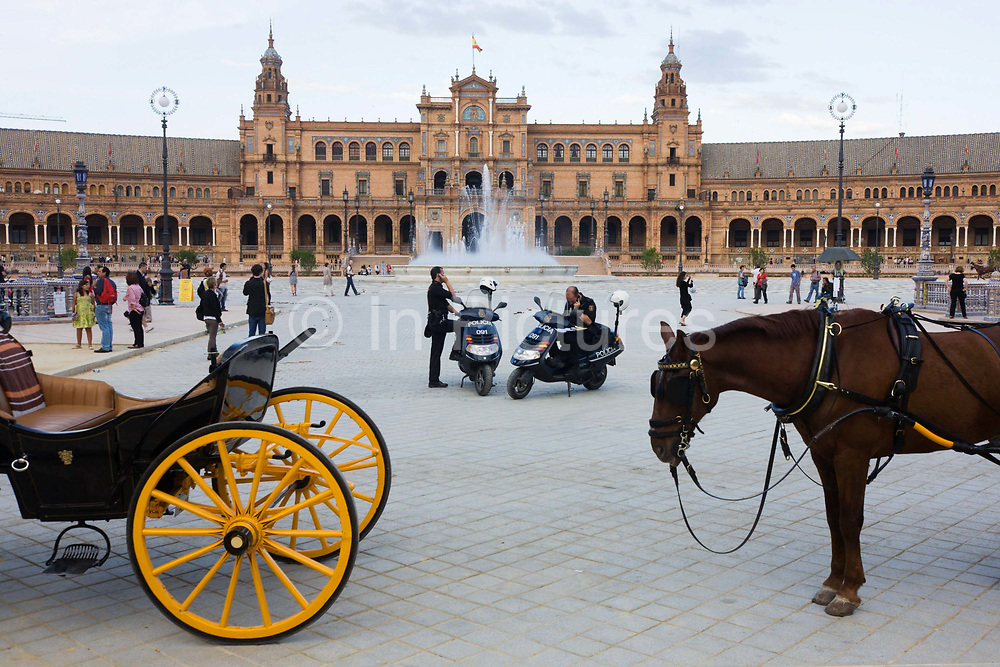