A tourist stares up to the fine renaissance architecture of the Catholic Marian shrine inside the church of Santa Maria in the Alhambra complex of temples, Granada, Spain. In 1308 the Moorish King Mohamed III built a mezquita in the Alhambra. When the Christians conquered Granada, they destroyed the mezquita and built the Church of Santa Maria de la Encarnacion of the Alhambra. This was a common practice at that time and occurred in many places all over Spain. The church was designated as the first cathedral of Granada. The church was designed by Juan de Herrera in the Renaissance style and was started in 1581 by Ambrosio de Vico and finished in 1617. 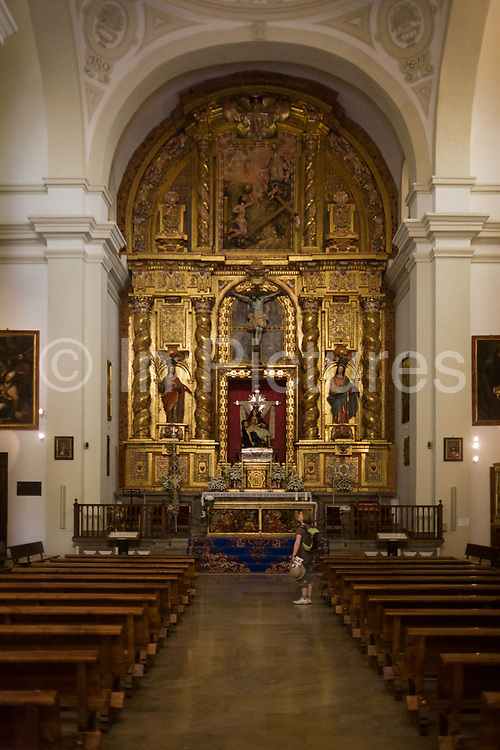