Ronald Morgan, Sen. RBA, Sen. ROI, a contemporary British painter in his studio, London, United Kingdom. Morgan was born on the 28th February 1936 in Landywood, Staffordshire. He studied at Walsall School of Art 1951-1953 . He is a painter in watercolour, black and white, oil and pastel. He is a draughtsman, illustrator, linguist and a teacher. Member of The Chelsea Art Society, The Royal Society of British Artists and The Royal Institute of Oil Painters. In 1974 he won first prize at The Lord Mayor of London’s Art Award Exhibition. He was awarded the Le Clerc Fowle gold medal at the ROI 2009 exhibition. 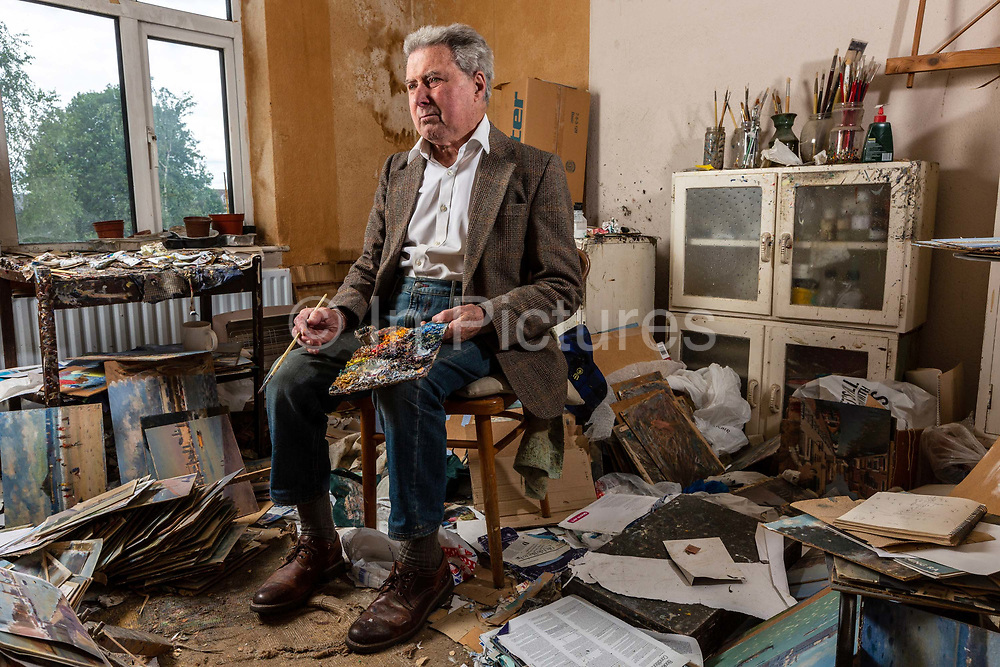