Greece - Athens - Graffiti in the area of Plaka

Graffiti on a wall in the area of Plaka. Plaka is the old historical neighborhood of Athens, clustered around the northern and eastern slopes of the Acropolis, and incorporating labyrinthine streets and neoclassical architecture. Plaka is built on top of the residential areas of the ancient town of Athens. It is known as the 'Neighbourhood of the Gods' due to its proximity to the Acropolis and its many archaeological sites. Visitors to Athens can't help but notice the amount of graffiti in the city. Any surface that can be sprayed upon is covered with a maddening number of signatures and designs. Beautifully restored neo-classic houses from the late 19th Century usually have a few days or weeks before they are covered in graffiti and owners find themselves in a war that they eventually lose and surrender to the kids. Graffiti in Athens is as old as the city itself. In ancient times graffiti was carved into buildings, in fact the word comes from the Greek graphi which means to write. The most disturbing aspect of the graffiti besides the volume of it, is the way some of the kids whose artistic ability begins and ends with their names (tags), have defaced some of the real works of art. Athens is the capital and largest city of Greece. It dominates the Attica periphery and is one of the world's oldest cities, as its recorded history spans around 3,400 years. Classical Athens was a powerful city-state. A centre for the arts, learning and philosophy. 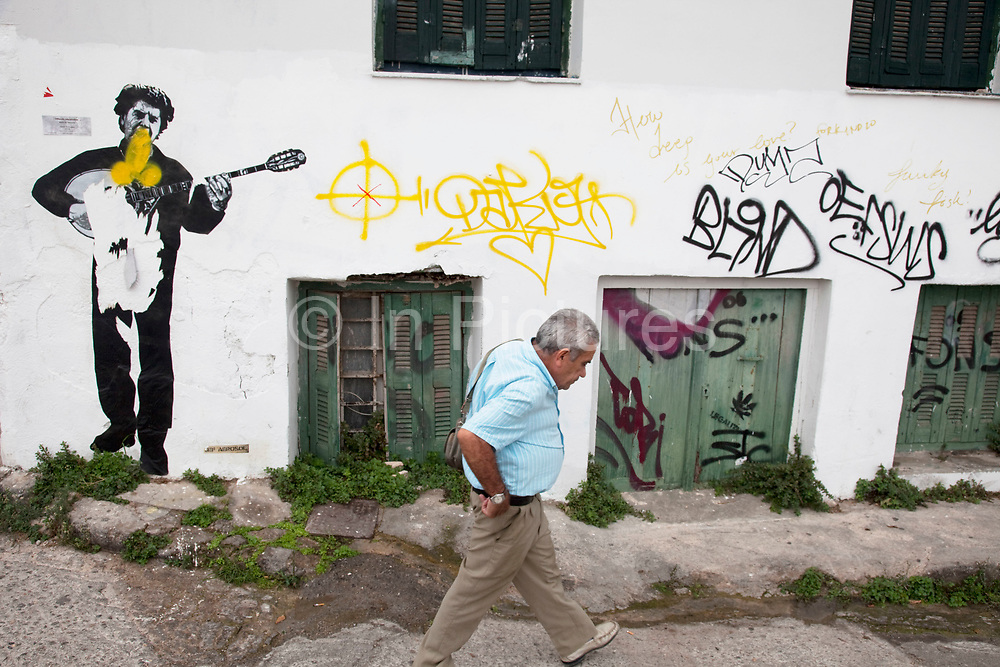