Vigil On Westminster Bridge One Week After Terror Attack

Thousands of people, from police officers to faith leaders and members of the public, have linked hands on Westminster Bridge a week after the terror attack in the capital. Officers who attended the scene of the attack were urged to pay their respects, as well as victims and witnesses. Hundreds of members of the Ahmadiyya Muslim Youth Association were on the bridge, wearing T-shirts with the message "I am a Muslim, ask me anything". Those gathered on the bridge fell silent at 2.40pm - the time the first call was made to police exactly seven days ago. 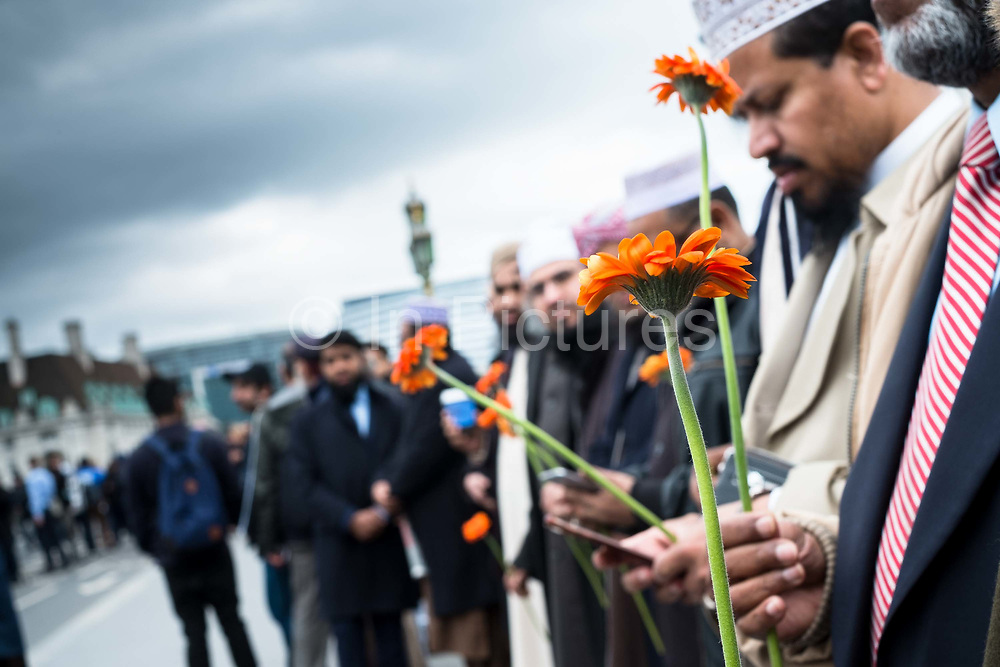