Qudriya Yazdan Parast is an elected MP in the Afghan Parliament. She is photographed at home with friends who prefer not to be identified for fear of offending their families. Qudriya is committed to advancing women’s rights. As such, her life is constantly in danger and she and her family have been attacked several times.

She says, “There are still many problems. I know someone, a candidate running for Parliament who gave away two of his daughters as part of his campaign. Fortunately, he didn’t win!"

In Afghanistan, there are no love marriages but I help couples to be together. I once helped a girl and a boy who had fallen in love at university. They had to see each other secretly because her father did not approve. Eventually though, I gained the father’s trust and because of my standing he listened. They have been married now for more than a year and have a son. 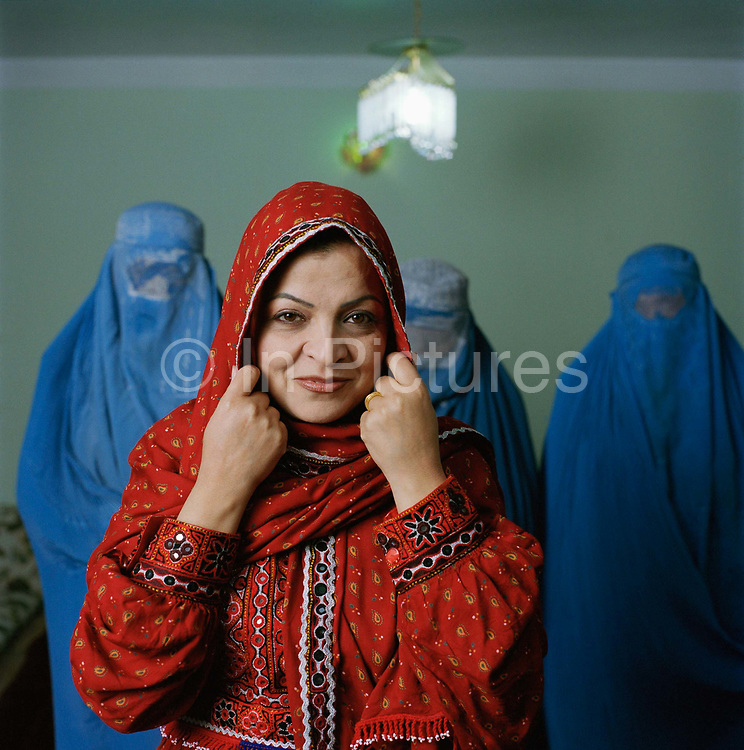