With a hand-drawn map of the United States coloured in increasingly in blue, American expatriates of African-american ethnicity sit and watch live BBC and SKY News TV screen that is broadcasting live the latest polls of the 2008 US presidential elections. Early polls suggest Barack Obama is doing well against his Republican adversary, John McCain in this historic political election which saw the election of America's first black Commander in chief. The location is a pub called the Hoop and Toy, in South Kensington, West London which has been opened all night for this special event for the American expatriate community living in this European capital. 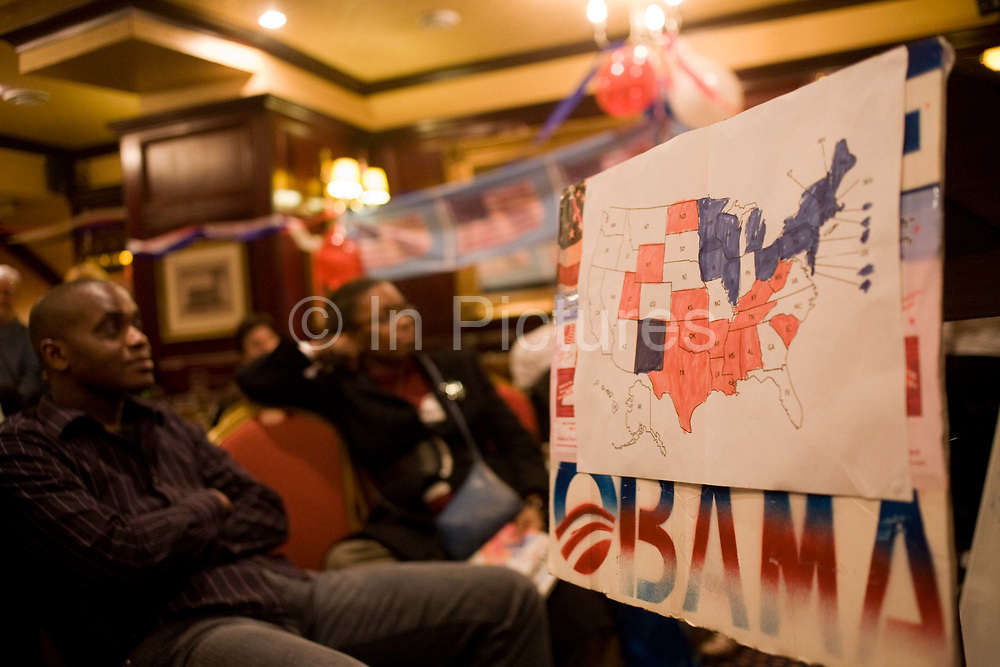