Lunchtime Londoners rest in summer sunshine beneath a crucifix, 15th August 2016 in the City of London, UK. Siting on benches outside the church of St Andrew-by-the-Wardrobe on Queen Victoria Street. As the effigy of jesus seemingly looks down at her, the lady is asleep with head tilted at an awkward angle, a man sits with the remains of his lunch by his side. First mentioned around 1170, the church got its name when in 1361, Edward III moved his Royal Wardrobe to just north of the church. It was from this association that the church acquired its unique name. It was lost in the Great Fire of London in 1666 then rebuilt in 1695 and destroyed again by German bombing during WW2. when only the tower and walls survived. It was rebuilt and rededicated in 1961. 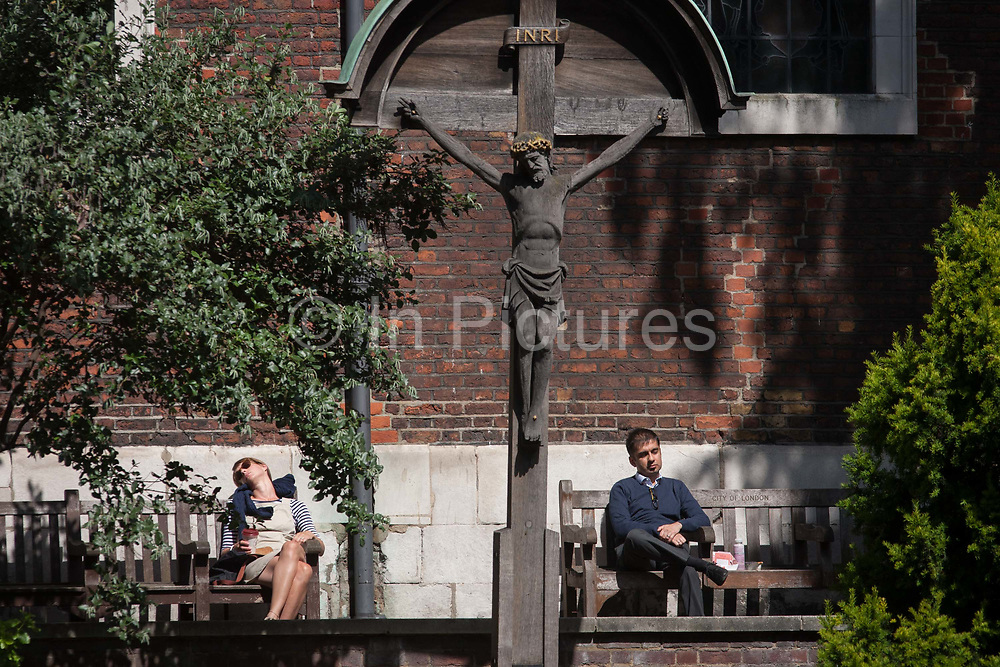