Arranged on a hill with their barrels pointing upwards and lights glowing, weathered Challenger 1 tank crews of the 1st Batallion Royal Tank Regiment are stationary at Tidworth Barracks, England. Their turrets are all pointing to the viewer and the helmet heads of their commanders and drivers can be seen protruding from their respective places. The Royal Tank Regiment is an armoured regiment of the British Army but tanks were first used at Flers in September 1916 during the Battle of the Somme in World War I. Challenger 1 was the main battle tank (MBT) of the British Army from 1983 until superseded by the Challenger 2 in the mid 1990s. Challenger 1 took part in Operation Desert Storm where the Iraqi forces failed to take a single vehicle out of combat while Challenger destroyed roughly 300 Iraqi tanks. 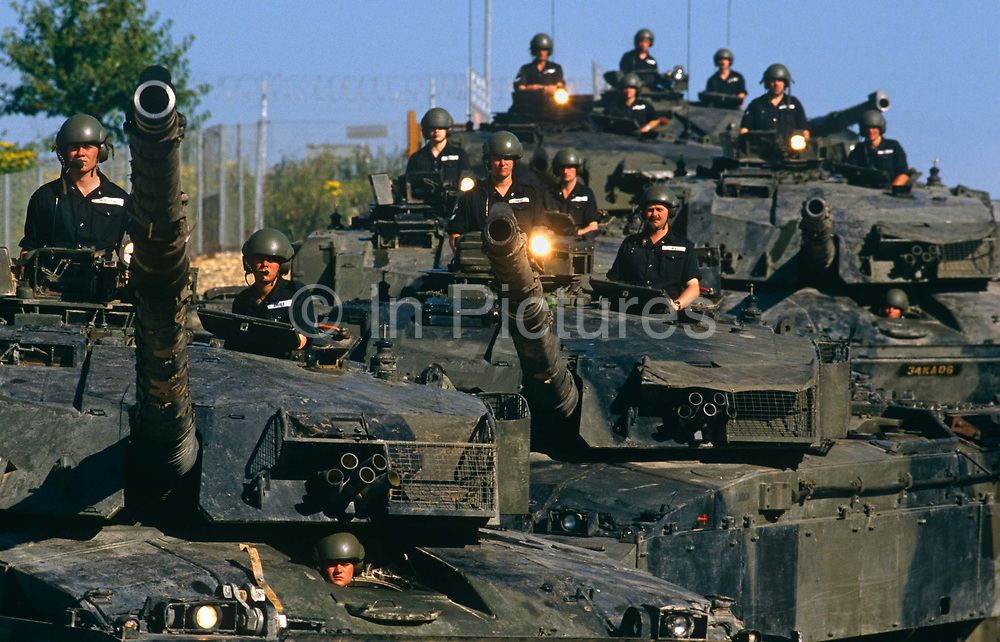