UK - London - Stratford in the borough of Newham East London

Scene in Stratford in East London. Stratford Bus Station serves the Stratford area of the London Borough of Newham, London, England. The station is owned and maintained by Transport for London. The station can be accessed from Great Eastern Road as well as Stratford tube, DLR and railway station. This is a relatively poor area of London, but in recent years has seen much regeneration, the construction of a major transport hub and various shopping complexes. Stratford is adjacent to the London Olympic Park and is currently experiencing regeneration and expansion linked to the 2012 Summer Olympics. (Photo by Mike Kemp/For The Washington Post) 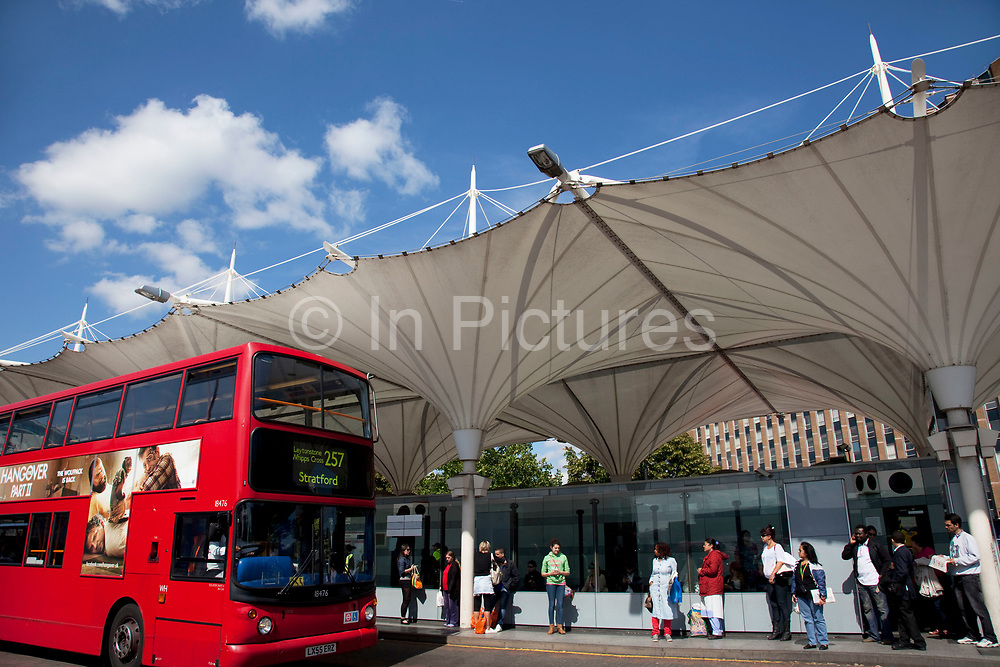